THE MONK is a period Horror film that took a long-ass time to finally reach the United States. In it, Vincent Cassel plays a highly-regarded and influential monk named Ambrosio. In the opening scenes of the movie, it's revealed that Ambrosio was dropped off at a monastery's front door by a very concerned-looking individual who clearly wanted to get rid of him for whatever reason. The monks who resided there at the time naturally took him in and raised him, and Ambrosio pursued monkhood at an early age, eventually becoming one at eighteen years-old. As a baby, some saw him as a gift from the Virgin Mary herself, while others believed that the large birthmark on his upper-body was a mark of the Devil. 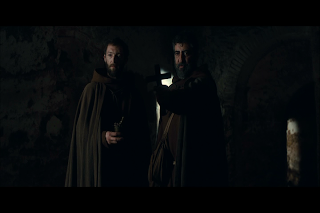 Early on, Ambrosio speaks of an unattainable woman in his dreams, as in she's literally right in front of him with her back turned but he's physically unable to touch her. Perhaps this is a a sign of things to come and perhaps it's not, but one can't help but wonder if a woman will play a significant role in Ambrosio's life - for better or worse - as the story unfolds and some mysterious characters are introduced. But, considering he's devoted his life to monkhood, it's safe to say that a woman in his life can only mean bad news. Without getting into details, two characters in particular enter Ambrosio's life and essentially shake things up. Because of how these two characters oppose each other in terms of background and intentions, the film exploits that contrast in an interesting way by using each of them to individually test Ambrosio and essentially expose whether or not he's in fact good or evil. 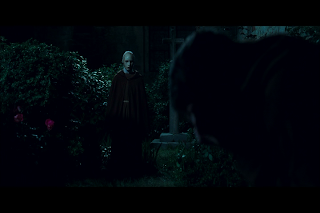 So what is THE MONK about? The answer is: not a whole lot! This film was based on a novel by Matthew Lewis, and in the process of adapting it into a screenplay, certain things had to be omitted for the sake of not complicating the film too much? I have zero knowledge of the novel, so I can't comment on the differences and can only judge the film on its own merits. Visually it's pretty decent. There's some great Gothic Horror imagery right off the bat, and it's an aesthetic that's mostly maintained throughout, in the sense that the scenery is darkly beautiful and there are occasional moments of theatrical Kabuki-esque lighting techniques. It even feels like a period piece Giallo at times. That said, THE MONK has an amazing backdrop for what could've been a neat Horror film, and while the setting is exploited to a degree, the story itself doesn't really live up to the visuals. 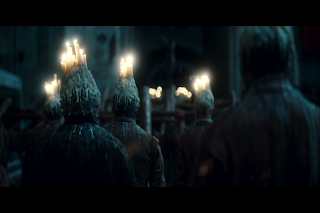 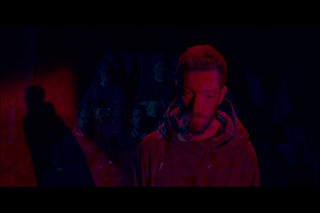 As I mentioned earlier, there are two supporting characters who play a part in shaping how the story (and Ambrosio's fate) ultimately unfolds, but one of them (the first one who's introduced) is basically a catalyst for the involvement of the other. I unfortunately can't say much more than that without spoiling anything, which kinda sucks because I'm sure it doesn't give anyone reading this an idea of what type of movie this is. Visually it's Gothic Horror but I wouldn't quite call it a "Gothic Horror" movie per se. And while the film briefly touches on things like healing and exorcism, it doesn't go far enough to be labeled a "Religious Horror" movie. There are also elements of a Mystery, but I wouldn't call it a Mystery Movie either. What I can say is that there's not much of a plot established. I had no idea where the story was going for a majority of the running time, nor did the film make me interested enough to care. And by the time THE MONK reached its conclusion, the results were far from surprising. 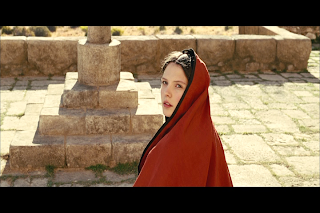 Anyone who knows me well or has been reading The Death Rattle for a long time knows that I'm a huge fan of actor Vincent Cassel. In the last couple of years (pretty much after the release of BLACK SWAN), he hasn't been as prolific or involved in as many cool projects as he once was, which makes it even more disappointing for me when I anticipate something Cassel-related and get something like THE MONK. Again, this has a great backdrop and some wonderful talent on either side of the camera, but it's all seemingly wasted thanks to an underwhelming story.