Alicia and Sara are best friends and college students from America who take a trip to Chile. Considering Sara knows the people they're meeting up with and Alicia is the odd person out, it goes without saying that the introverted Alicia is overwhelmed with discomfort when Sara has to separate herself from the group for a few days. The first day alone for Alicia is basically a nightmare; her only motivation for visiting Chile was to tag along and spend time with Sara, and now she's taken out of her comfort zone and is surrounded by people who are capable of speaking English but choose to speak amongst themselves in Spanish, as if they were going out of their way to exclude her. 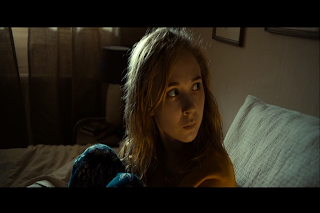 As someone who's shy and somewhat socially-retarded, I can certainly relate to Alicia's discomfort in this film, but the way she ultimately reacts to her surroundings in this is something that probably not a lot of people can connect with unless they have some serious issues. MAGIC MAGIC is essentially a true psychological horror film in which a character descends into madness, but in this case it's suggested (emphasis on "suggested") that the madness was already there in the first place and was merely biding its time until the right opportunity to reveal itself. Before we get to that, though, Alicia loosens up and awkwardly interacts with the others - the "others" being Augustin (Sara's Latin lover), Barbara (Augustin's sister), and the sexually ambiguous Brink (a mutual friend of Sara and Augustin, and an American who's apparently studying in Chile). 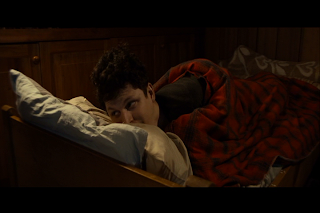 I never thought I'd ever say this in my life, but Michael Cera is great in this. A few people said SCOTT PILGRIM VS. THE WORLD would be the film to change my tune on Cera when that came out (I loathed him at one point) and they were wrong. This film, however, features the type of Cera performance I can not only tolerate but enjoy. His character, Brink, is supposed to be an obnoxious-but-lovable character, but I'm sure anyone who sees this will agree that he's a scumbag at best. Whether Brink is bi-sexual, a closet homosexual, or a self-hating closet homosexual, there's a lot to be said about his effeminate behavior and how he abuses Alicia as a means of supposedly showing her affection. Whatever the case, Cera plays the character well and, to me, never felt like he was over-selling it. 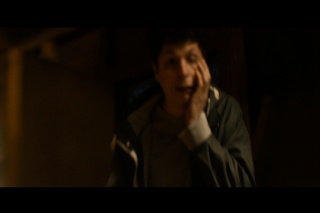 Another noteworthy performance is courtesy of Juno Temple, which shouldn't come as a surprise to anyone who's been following this young actress during this break-out phase of her career. There's a lot to talk about when it comes to her character, Alicia, but I think that's best left for the viewer to see and figure out on their own. What I will say is that there's an interesting transition involving hypnosis - or suggested hypnosis - where Alicia goes from being the victim to seemingly becoming the threat, meaning the tables are turned on the other characters and they become the ones who feel uncomfortable around her. The film occasionally does a good job of getting inside her head, but there are a lot of times where we're seeing it from the perspective of the others, which obviously lessens the effectiveness of her mental descent. There's also an interesting parallel between Alicia's breaking point and a secretive incident involving Sara that I can't elaborate on. 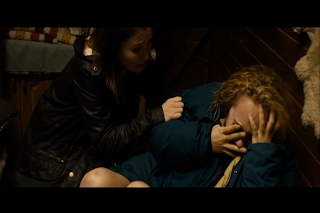 MAGIC MAGIC has a very unsettling tone for the most part. It's a tense film despite the fact that it's not warranted at times, which is strange. There are a lot of times where it feels like some crazy shit's about to go down at any second on top of the fact that there's sort of an unreliability in terms of how Alicia is portrayed. And when I say "unreliability", I mostly mean that in a good way. You could take the film at face value and see it as something that addresses mental illness or extreme emotional instability, but there's enough underneath the surface for you to draw other conclusions. Ultimately, MAGIC MAGIC drags in the back end and feels about ten minutes too long, and the ending - while great - is kind of a letdown in that it seemingly goes out of its way to not answer anything, which is one of the few instances where the "unreliability" I mentioned works against the film (in my opinion). 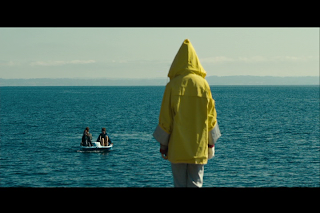 Overall, though, MAGIC MAGIC is definitely a movie I'd recommend if you like psychological horror. For one, there are so many sweaters in this. Yes... sweaters. Second, the overall presentation and especially the editing of the film is awesome. You can tell right from the opening title card - which only pops up for a single frame - that this is gonna be something different and something that goes against traditional filmmaking, and fortunately it ends up being the case once it's all said and done and the film cuts to black to just the sound of a motorboat a la I SPIT ON YOUR GRAVE. Also, it's strange to see Juno Temple and Michael Cera in a horror movie like this, especially considering how outside of the radar it is, so there's that. 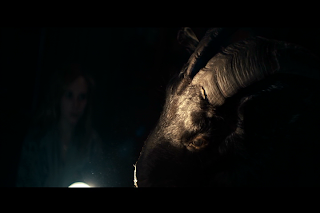 When I initially heard about this, I figured it was some shitty horror movie that was filmed years ago and is only coming out now to capitalize on the fact that it stars not only Temple and Cera but Emily Browning (SUCKER PUNCH) as well. Or maybe it's a case of the distributor slapping their names and faces on the artwork when they only have small roles in the film. Turns out neither is the case, and after seeing how talented director Sebastián Silva is with this film, it's easy to see why actors like the people who I just mentioned would be willing to do a horror movie like this. And I think the reason why it's being slept on by a lot of people is because it's not the most accessible movie out there in terms of storytelling and pay-offs. MAGIC MAGIC is a little weak in areas, but I think its positives greatly outweigh its negatives.