Hey guys, it's the triumphant return of 13 Questions. This week's guest is Lydia Peever, who I knew through Twitter and reached out to on Facebook. Yay for social media, right? Maybe we can be friends on MySpace next. Is that still a thing? Anyway, Lydia is a published author, whose books you can purchase at the Amazon link below or on her website. Wanna know more? Scroll down a bit and keep reading, eh! And of course check her out at the links below. 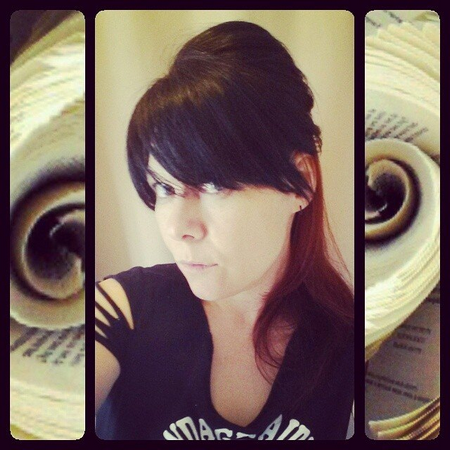 1. Who are you and where are you from?
I am Lydia Peever from the wilds of Northern Ontario, Canada. Right now I live in Ottawa, where they leash or kennel me regularly.

2. Where might people know you from?
I wrote for Ottawa Horror regularly for a few years, and have been featured on two podcasts; The Wicked Library where Nelson Pyles has read some of my work, and Kettle Whistle Radio with David Fairhead where I was just a brat! I have published a vampire novel and numerous short horror stories alongside nonfiction for a few publications including Xalt Magazine and a few newspapers. I also do some photography so they may have seen some of that too.

3. When it comes to what you do, who are your major influences?
If ‘what I do’ was one thing, then this would be easier to answer. My non-fiction writing influences are people like Chuck Palahniuk, Neil Strauss and Malcolm Gladwell. There are a million photographers out there, but Bunny Yeager and Yousuf Karsh really used cameras right, and so does Joshua Hoffine! As far a horror fiction influence, I’d have to say Stephen King, Clive Barker, Kathe Koja and Otsuichi.

4. What four peoples' faces would you put on your own personal Mt. Rushmore?
Edgar Allan Poe, Oscar Wilde, Stephen King and Jack White.

5. What's the last album you bought?
Born Of The Motor, by The Koffin Kats.

6. What are the last movies you saw in theaters and on DVD/Blu-Ray?
In theatre, it was Only Lovers Left Alive. On DVD it was The Amityville Horror (2005) 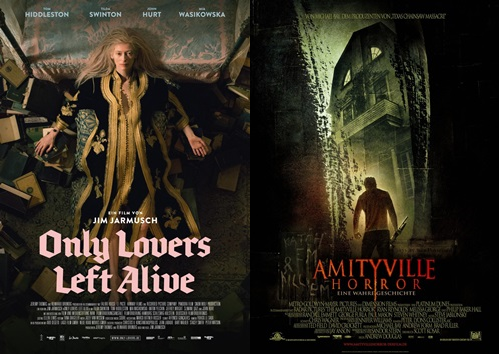 7. What's the last podcast you listened to?
The This Is Horror podcast, which is so good I wish it was a weekly gig.

8. What's the last video game you played?
The Darkness II, which I love more than most games I’ve played in years. Stay away from the light!

9. What's the last book you read?
The very last book I read was The Demonologist, by Andrew Pyper. 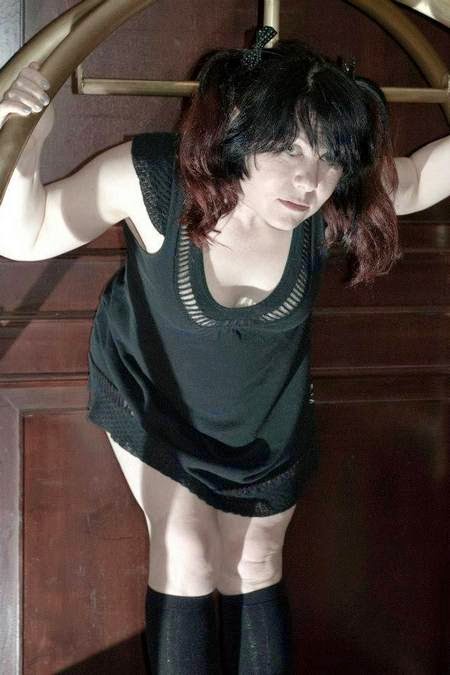 11. What cartoon or comic book character can you relate to the most?
If not Neil Gaiman’s Death due to looks alone, I’d have to say L Lawliet.

12. Create a playlist of ten songs that give people an idea of your musical taste.
Afterlife, by Ikon
TFWO, by Skinny Puppy
The Saint and the Valentine, by Psyclon Nine
Won’t Leave You Alone, by Lydia Lunch and the Big Sexy Noise
Tetrishead, by Zoe Keating
Psychic Hearts, by Thurston Moore
Mack The Knife, by Bobby Darin
Sistinas, by Danzig
Scavenger Type, by NOFX
I Am My Own God, by Dayglo Abortions

13. If you could spend the day at an amusement park with one person from the entertainment industry, who would it be and why?
Right now, it would be Joe Hill. I’d like to take a stroll around a vast and derelict amusement park that is abandoned somewhere in an ancient forest. With luck we’d talk about stuff that’s not writing and take photos, have a metal detector or something fun like that.