This is my first time watching ALIEN RAIDERS all the way through but it's my second attempt. I recall hearing some hype about this movie when it came out, so I checked it out a few years ago and just couldn't get into it. So after forcing myself to watch it from start to finish, I still don't comprende why it got as many good reviews as it did. But who knows, maybe those positive reviews don't exist and I'm just confusing this with another movie altogether? #Fuckit YOLO! 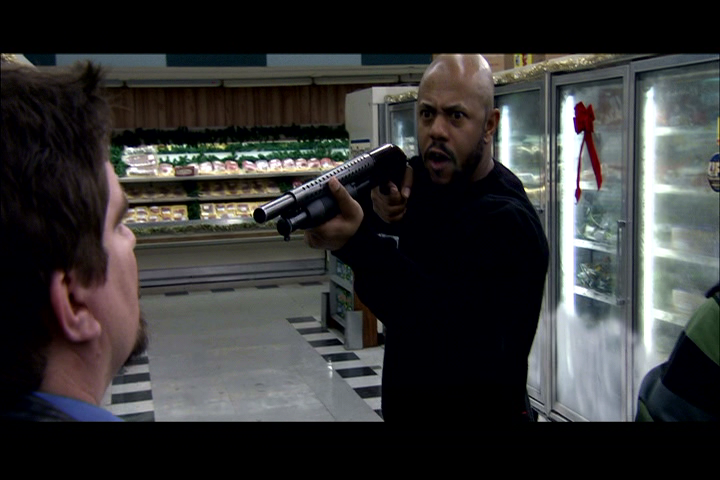 ALIEN RAIDERS is basically a hostage type of movie where a group of people who initially come across as heavily-armed thieves stick up a grocery store. Among their ranks is an unarmed man with weird-looking eyes who can apparently use psychic powers to detect aliens. That said, the film exists in a world where aliens have inhabited the bodies of humans, like a "Body Snatchers" type of scenario. And we find out, sooner than later, that this group of gun-toting thugs are tracking aliens and killing them, but their motives and origin are a bit vague. 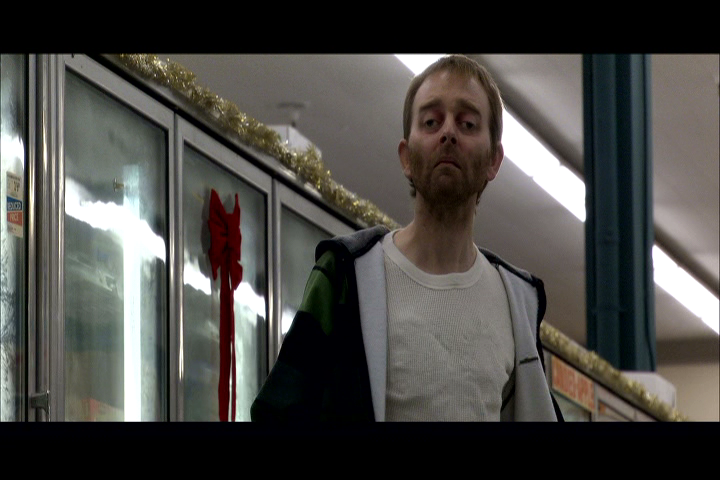 The obvious comparison that one could make when watching this is to THE MIST because of the super market setting and because of the impending extraterrestrial threat that causes panic amongst the protagonists (or in this film's case: anti-heroes). The thing is, ALIEN RAIDERS lacks most of what made THE MIST good: the character depth, the well-written script, and, of course, the budget. Sure, one could argue that comparing this movie to THE MIST is unfair when you consider that this is basically an independent movie that doesn't have the financial backing of a major studio and a talented filmmaker like Frank Darabont as its disposal, but if it did have those things... it would be THE MIST. Yep, I either just blew your mind or confused you. I'm guessing the latter. 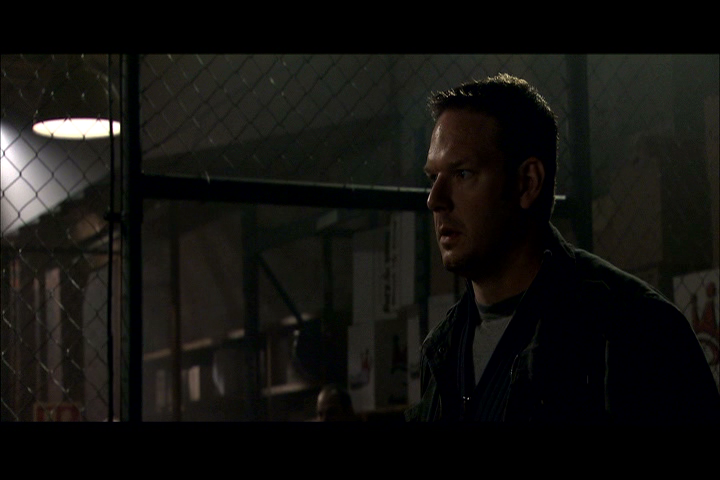 As I already mentioned, this is a hostage type of movie with a Sci-Fi/horror twist. Unfortunately when it comes to the horror elements, ALIEN RAIDERS doesn't have many pay-offs. I'm cool with a "slow build", but when the characters literally burst on to the scene with guns blazing, it's quite jarring when the pace slows down considerably from that point, especially if you're like me and go into this expecting some alien raiding. As a low budget, independent movie, though, it's very respectable. The filmmakers took the single setting and ran with it. Did they milk the grocery store for all they could? Not quite, but I think they did a good job of creating a world within the aisles of the store and keeping it contained there. And the makeup effects are pretty good when we actually do get some of those horror pay-offs. Oh, and is it just me or did the creature towards the end look like Robert Z'Dar on steroids?