Similar to David Fincher's SEVEN (or SE7EN if you want to be anal about it), a serial killer (Val Kilmer) randomly shows up to a police station with the intention of confessing his crimes. The killer, who refers to himself as "Nobody", essentially surrenders himself to the police on Christmas Eve night and is taken into custody but isn't the most cooperative guy when it comes to dishing out information, as if he were either testing the patience of the cops just to amuse himself or it's all part of his plan. Subsequent actions on his part suggest he's a ghostly being. For example, his image appears and suddenly vanishes throughout the jail as if the the bars of the cells were incapable of holding him. His mugshots reveal an invisible man and his finger prints defy what those of a typical human would look like. Oh, and he keeps whistling what sounds like the X-FILES theme. 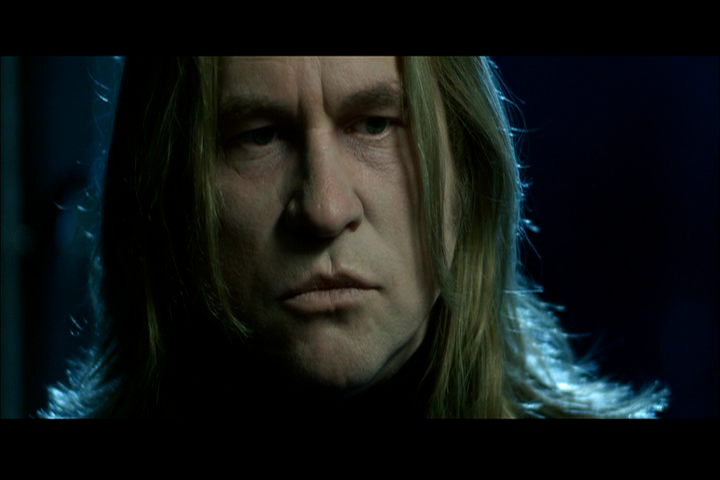 So yeah, all signs point to "Nobody" being a supernatural being with sinister plans. He may as well have rode into the precinct on a white horse. Either that or he's the second-coming of Houdini. There's a reveal pretty early in the movie as far as the background of the killer and why he might've turned himself in on this particular night. To further the character development, we get to know the senior detective of the precinct early on in the film as well. The film beats you over the head with the fact that he's divorced/separated and one of his daughters was abducted years earlier. It kinda goes without saying that Nobody might be tied to the disappearance of the detective's daughter, but I'll exclude the specifics of how that goes down. 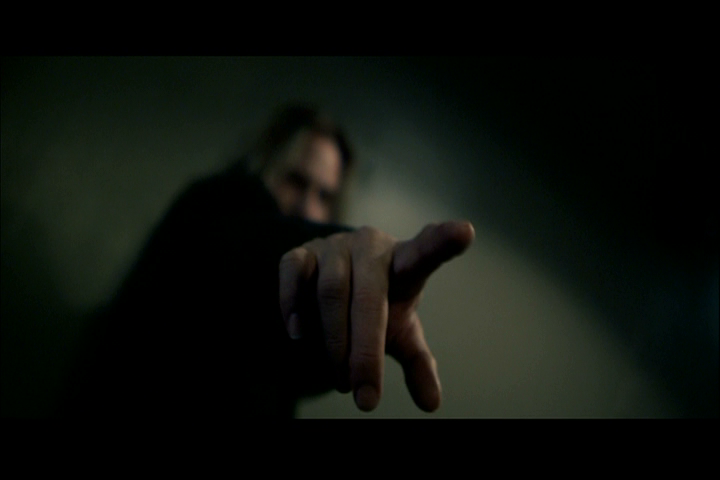 The group of bumbling cops are individually picked off by an unknown accomplice who dishes out ironic endings to the victims. The irony of the deaths are revealed as they're happening. During the time of the murders, Nobody is in an isolated room confessing to his crimes. The thing is, the crimes he's describing are the ones that are currently taking place at the police station. Weird! 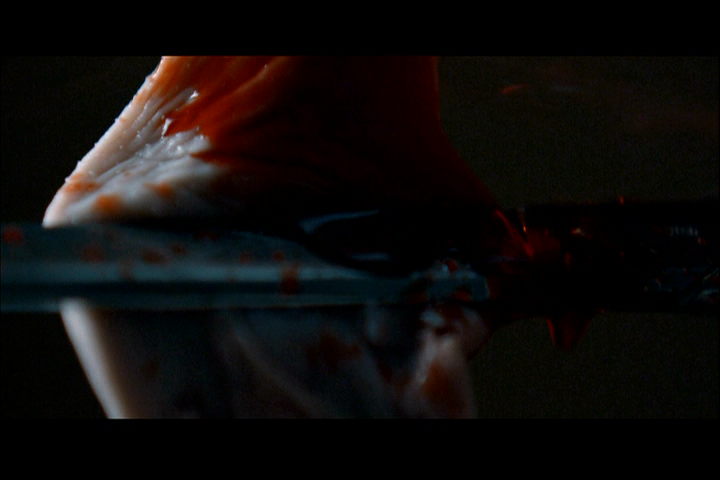 While watching this, I couldn't help but feeling like I've seen this movie before. Not this movie specifically, but the exact same type of story in another movie. And then it hit me. If you feel like getting THE TRAVELER somewhat spoiled, click HERE to see the film I was thinking of. 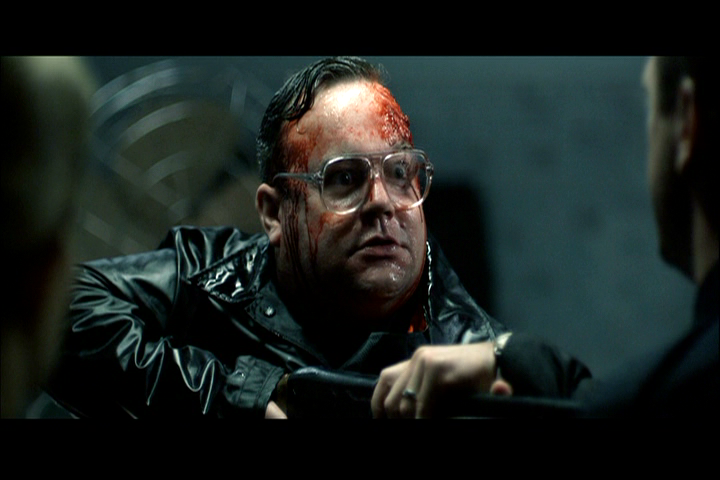 THE TRAVELER ended up being a little better than I expected but still flawed. It shows its hand a little too early and doesn't follow it up with anything interesting. So, after certain things are revealed about the killer, you're pretty much just waiting for all the characters to die, with no real solution in regards to how the characters can stop the tragic events from unfolding. The film tries to compensate by showcasing some gory deaths for each of the victims, but it's not enough to keep it from being a bit repetitive. There's some decent enough material here for it to be a short film or a solid segment in an anthology but not so much a feature-length. Overall, it's an OK movie that blows its load a little too early - but hey, it happens to the best of us. Val Kilmer has his moments but he seems disinterested for the most part.