SORORITY HORROR HOUSE (if it wasn't obvious enough by the title) revolves around a sorority and is sort of a horror movie mash-up, which I'll explain later. I'm just throwing that out there in case any of you decide to watch this and find yourselves confused by what you're seeing and unsure of what direction it's going. It starts out like your typical sorority horror movie with new pledges getting hazed by their sisters. To be more specific, the established sisters dress up in yellow raincoats and see-through masks (a tribute to ALICE SWEET ALICE?) and kidnap the new pledges as part of a prank to get them ready for "Halloween Hell Night". The pledges are ordered to steal the mascot from a frat house, and the catch is that they have to do it in their underwear. Yay, us! 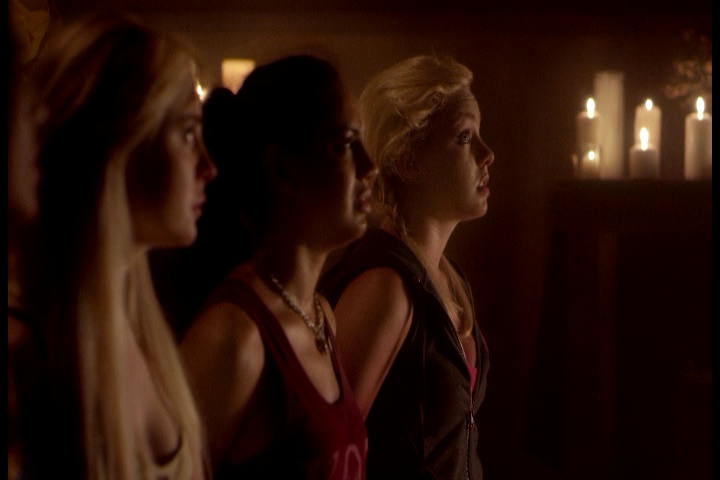 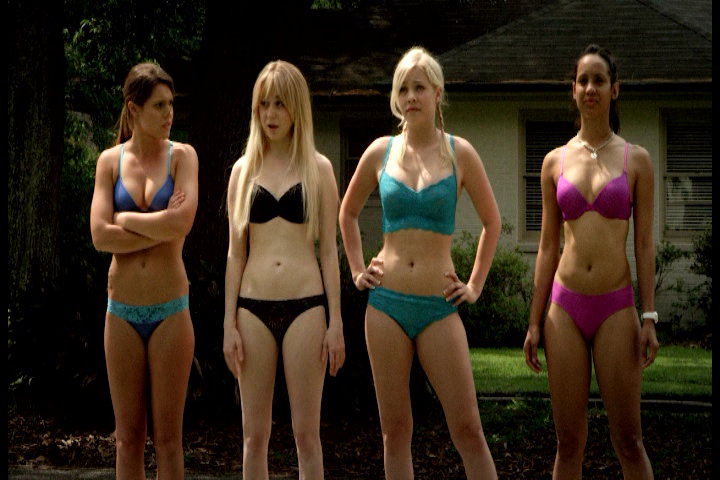 In the meantime, there's a private investigator prowling the college campus in search of a sorority sister who went missing. Unbeknownst to him and most of the other characters, this particular girl met a gruesome demise at the beginning of the movie, HELLRAISER style. That said, what seems like your typical sorority slasher on the surface actually has a big-time paranormal backdrop. The original title of the movie is AMERICAN HORROR HOUSE, which is a play on AMERICAN HORROR STORY, so that should tell you the type of movie you're in for with this one. Coincidentally, lead actress Alessandra Torresani appeared in a couple of episodes of AHS. 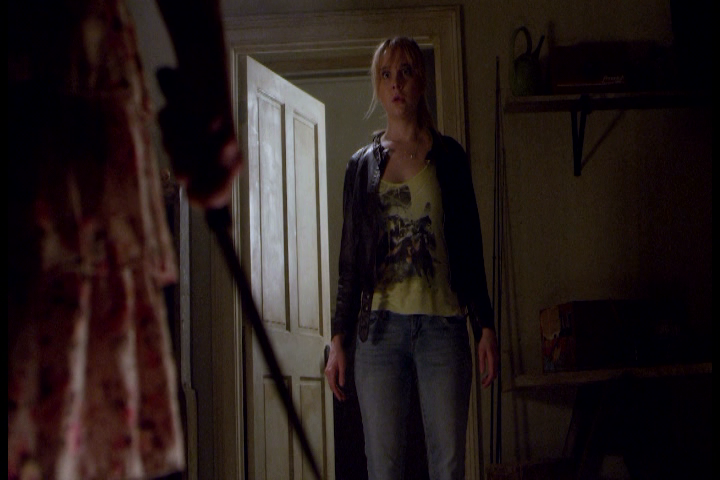 Turns out the original title of this made-for-TV movie isn't the only thing that it borrows from AMERICAN HORROR STORY. The paranormal elements in the film are also very similar to the show, in that there's a very deep-rooted haunting scenario that borders on a curse. Oh, and yeah, this is a TV movie by the way, which I didn't know when I picked it up. I think it originally aired on SyFy but I'm not certain. Much to my surprise, though, it ended up being really gory. No nudity and I don't recall if there was any "adult language" or not, but the kills are on par with any R-rated theatrical slasher out there.

So basically the sorority sisters spend a good portion of the movie getting ready for a big Halloween party while initiating the new girls. The private investigator also has his own little thing going on. The two plot threads collide at some point to underwhelming results. But, in the meantime, there's a lot of eye candy if you're a perv like me and you're into hot college chicks, as well as a lot of ghostly activity that ties into a murder that took place at the sorority house many years prior. It should also be said that the ghosts have bad intentions and provide the film's slasher elements. So yeah, if you're expecting a bunch of college chicks being stalked and killed by some dude in a mask, this isn't that type of movie. Instead, they're preyed on by ghosts. Oh, and there's also someone going around in a bear costume that adds to the film's body count as well, which might be yet another nod - this time to the 80s slasher GIRLS NITE OUT. The numerous deaths in the film are able to occur without attracting attention, because the girls who witness them simply think they're being pranked, so they just ignore it for the most part. 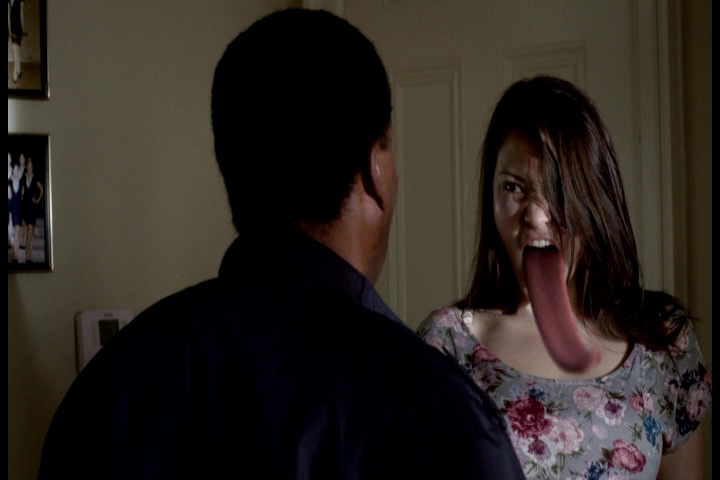 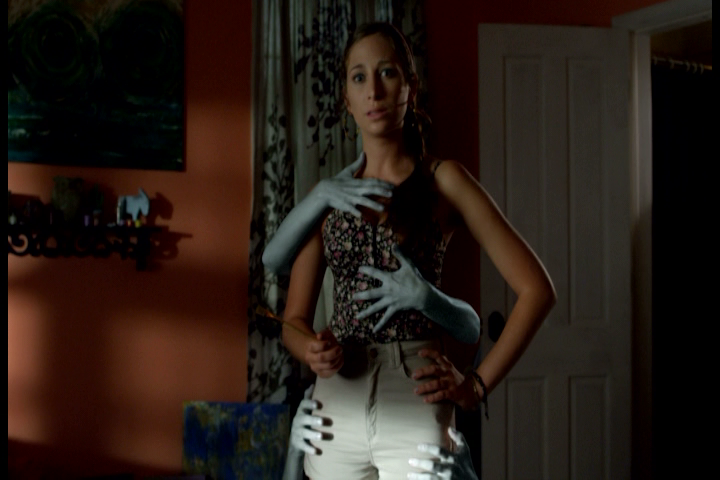 The film gets a bit convoluted towards the end because of how much shit is thrown at the wall throughout its duration. The film jumps around to different characters a lot, and, as opposed to your typical horror movie, there's no clear cut solution as to how the characters can avoid danger. There's a twist at the end that sort of makes sense of the plot leading up to it, but still. As I mentioned earlier, SORORITY HORROR HOUSE is a mash-up of different horror movies, which is cool, but sometimes mash-ups have a tendency to be sloppy; the intentions are good but the execution leaves a lot to be desired. Ultimately, though, when you consider the AMERICAN HORROR STORY influence and eliminate the word "Sorority" from its title, it's easier to forgive the film for its convoluted ghost story element. Still though, this is totally watchable. If you like 80s slashers or campus slashers, this is inherently worth checking out because of what it draws influences from (you can add KILLER PARTY and CARRIE to the films already mentioned in this review), but don't expect anything more than a decent time-killer.