After watching SORORITY HORROR HOUSE, I decided to watch another sorority-related horror movie. The available choices were KILLER PARTY and this movie - both of which I'd seen before. Since I just watched KILLER PARTY not too long ago, I ended up going with this one. I actually did a quick write-up for this movie somewhere on the internet when I originally saw it. Let's just say I wasn't very fond of it. In fact, I fucking h-a-a-a-a-a-ted this movie. Do I still feel the same way about it? Keep reading if you care enough to find out (or just peep the score at the bottom, you lazy bum). 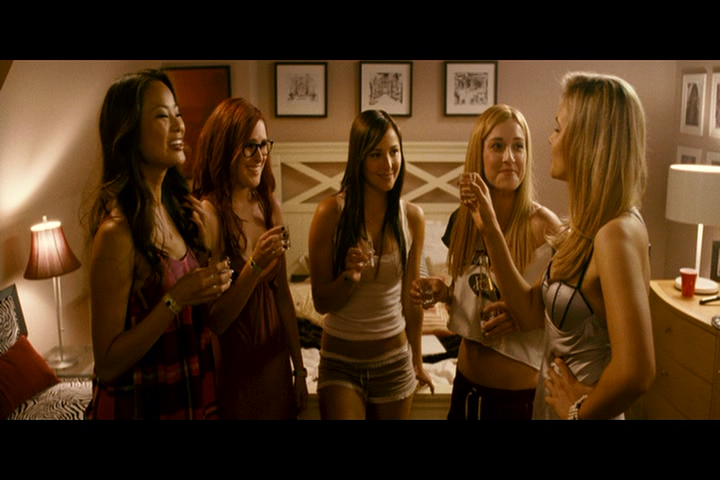 SORORITY ROW is sort of a remake of HOUSE ON SORORITY ROW, but you could really draw comparisons between this movie and a lot of 80s slashers involving high school or college kids and pranks gone awry. The characters in this are a diverse group of sorority sisters (no black girl tho) who play a cruel prank on a guy who cheated on one of them. The prank goes horribly wrong when one of the girls gets killed. The remaining sisters decide to keep the incident a secret and cover up the death so none of them get in trouble and have their bright futures ruined. Basically they fucked up and don't want to take responsibility for what they did. The only one who steps up and speaks out against it is Cassidy, which automatically sets her up as the Final Girl unless the film pulls a major swerve. Even the cover-up itself leads to another fucked-up incident when the sisters turn on Cassidy and attach evidence to the corpse that would incriminate her if she were to contact the authorities. What a tangled web, eh?! Those scandalous bitches. 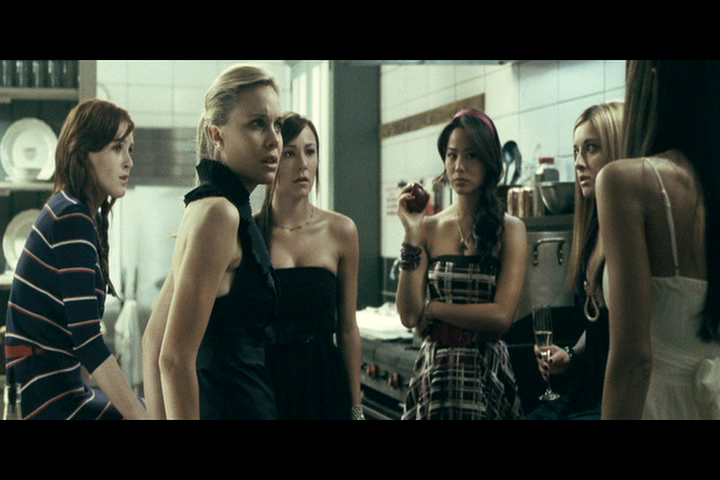 From that point, Cassidy is sort of ostracized by her sisters as they all go about their glamorous lives. Things take a turn when the victim's sister comes into the picture and makes things awkward. This coincides with their secret essentially coming back to haunt them when they receive photos of the crime scene sent to their cell phones. Oh snap! These broads finna get caught! Turns out that's the least of their problems when the people involved in the cover-up get preyed on by a hooded figure with murderous intentions.

For a number of reasons, this is in the vein of those old-school revenge-based slashers that stem from a prank. Those types of slashers separate themselves from the rest of the pack by using a different type of psychological approach; instead of wanting to see the victims survive, you wanna see them get punished for what they did and just for being shitty people in general. But there's always gotta be an outsider to the group - someone who stands their ground and wants to do what's right, thus setting them up as the one likable character you can root for. 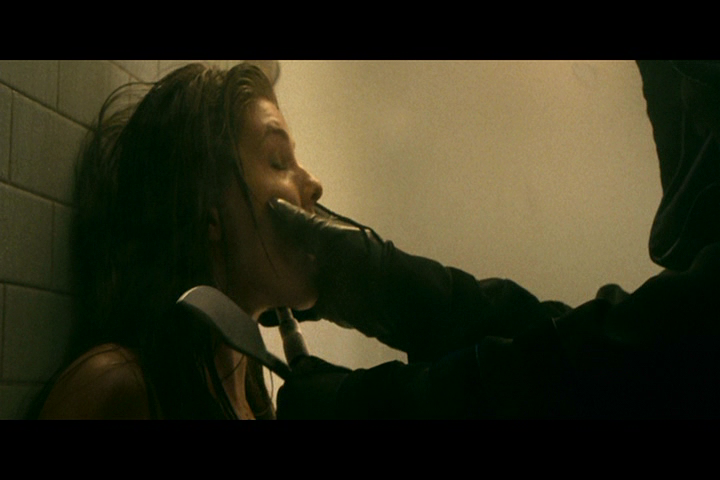 The kills in SORORITY ROW are almost Giallo-esque. In fact, this sort of feels like a Giallo set on a college campus, minus the police procedural element. You have a black-gloved killer with a signature weapon picking off a bunch of beautiful women. Another similar trait to the Giallo is a mystery element, in that there's inevitably gonna be a big unveiling of the killer at some point that could go either way in terms of its effectiveness. All we're missing, really, are spiral staircases and bottles of J&B. Speaking of signature weapons, there's some hilarious dialogue in this, but one exchange in particular that cracked me up involved Cassidy and the sorority's bitchy ring-leader Jessica discovering a dead body: 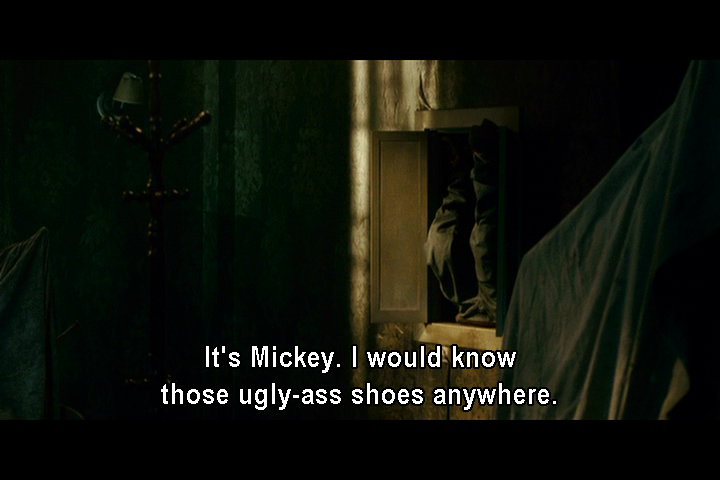 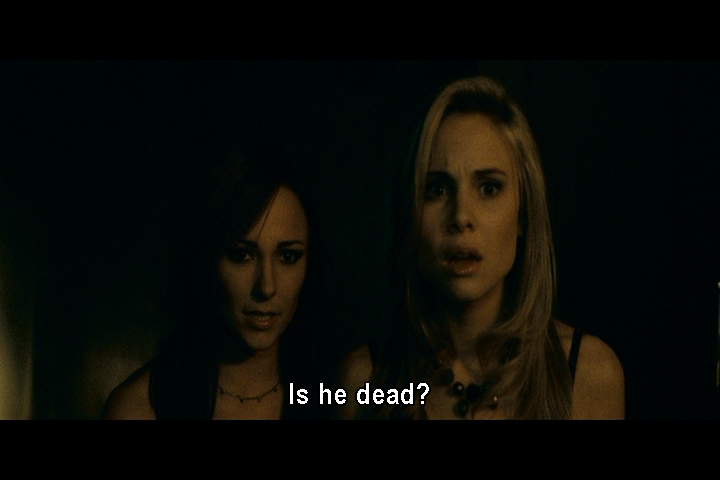 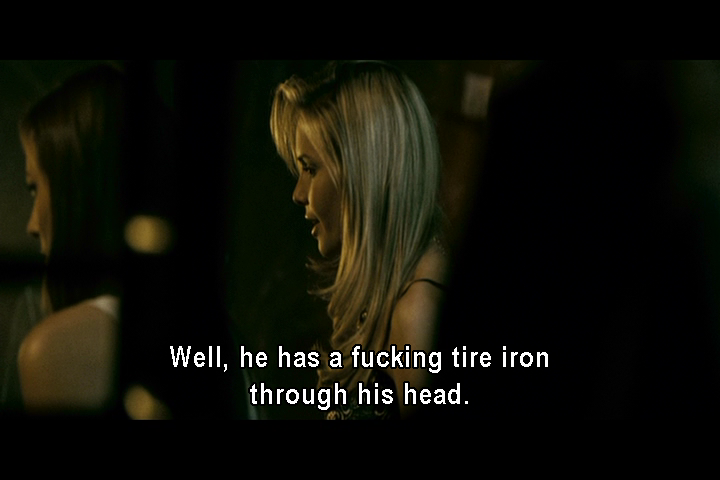 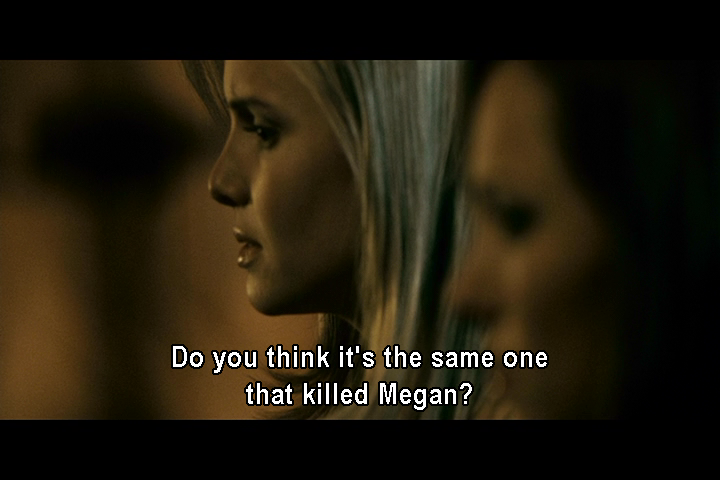 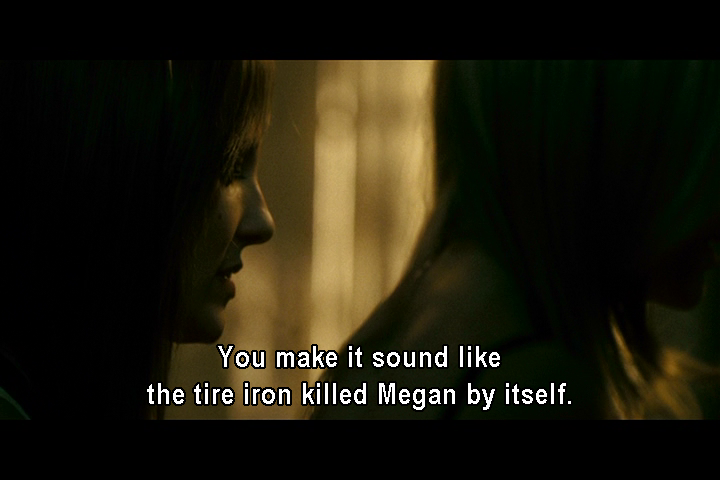 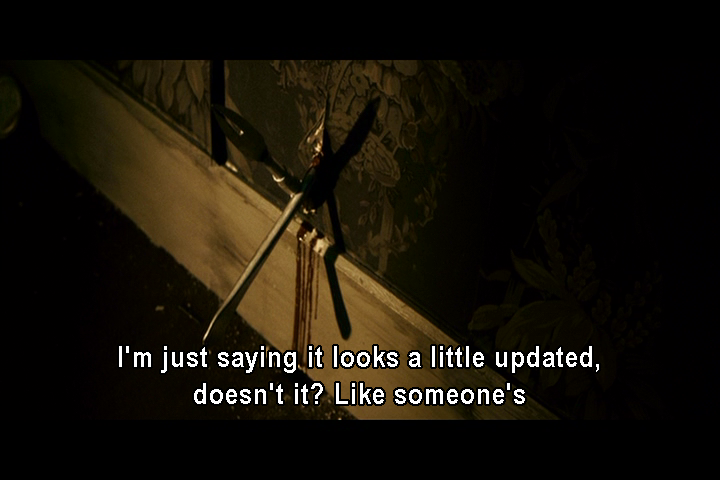 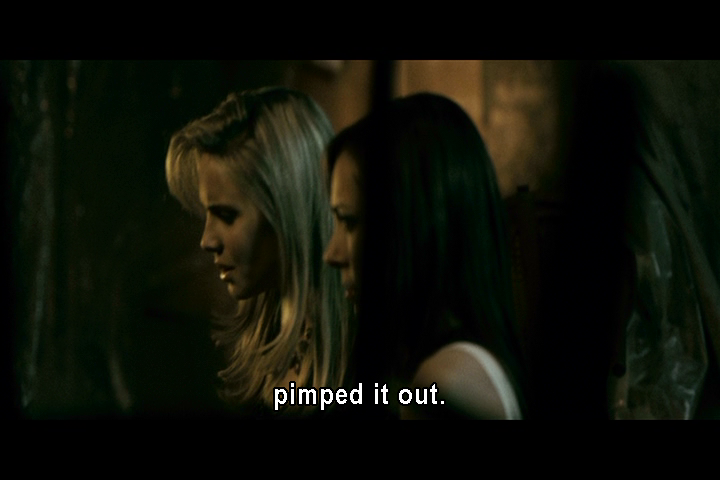 Repeat viewings can really change your opinion of a film, for better or worse. And sometimes you could end up hating or liking a movie just as much the second time around. I always prefer to review movies I haven't seen before; even if my opinions change in the future, I'd prefer to have my initial reactions documented. In this movie's case, though, I did a complete 180 on it in terms of my opinions - as opposed to an incomplete 180, I guess. SORORITY ROW is fast-paced and there's always something happening. The story is constantly moving and the moments of down-time we do get in relation to the narrative are pretty entertaining thanks to the hilarious dialogue and occasional cat fights. As far as the kills, they're decent. You're not gonna get FRIDAY THE 13TH levels of gore here, but there's a lot of variety when it comes to the deaths. Overall, I really enjoyed the shit out of this and I'm not sure why I hated it so much when I first saw it. It's a lot of fun and it embraces the fact that it's a campy, tongue-in-cheek horror movie. Carrie Fisher of STAR WARS fame has some amusing moments in the film, but Leah Pipes stole the show for me as Jessica.