S&MAN is a part documentary/part mockumentary that largely focuses on the correlations between voyeurism and horror movies. Director J.T. Petty (THE BURROWERS) narrates and appears in the film, but it's mostly him interviewing an assortment of controversial characters, from Toe Tag Pictures head honcho Fred Vogel to self-proclaimed "Scream Queen" Debbie D to a husband and wife duo who work in the fields of forensic psychology and sexology respectively. Other interview subjects include filmmaker Bill Zebub, who specializes in low-budget fetishistic horror movies, and a fictional character by the name of Eric, who creates and distributes films that blur the line between pseudo-snuff and actual murders caught on tape. 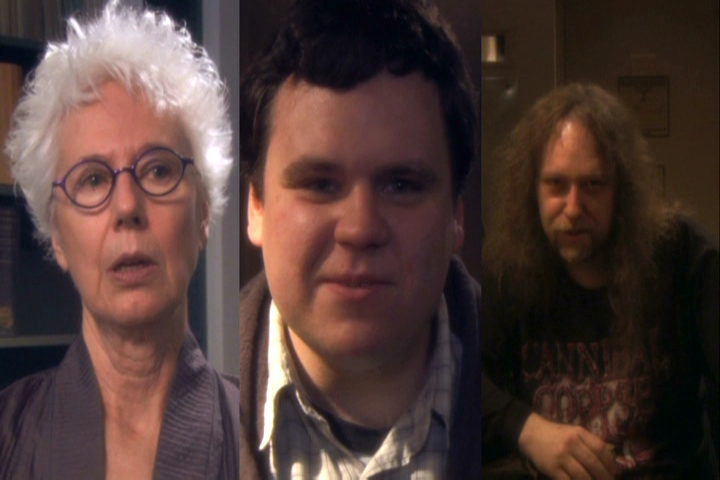 Truth be told, I don't even know where to start with this one or how to approach it. I was initially under the impression that J.T. Petty intended to release this as a legit documentary (which is a great idea) before some website outed it as being staged around the time of its release. So I thought "Do I watch this as the documentary it was intended to be, or do I watch it as a mockumentary where the interview subjects are simply there to mask the narrative that the film creates?" By the way, I don't think in complete sentences like that, but you get the picture. 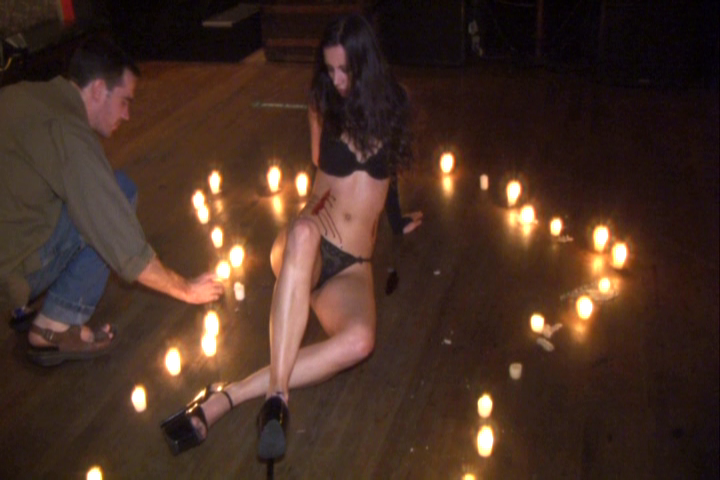 But then, as I did some research and actually watched the film, there didn't seem to be any intent of deception of Petty's part. I mean, the closing credits of the film acknowledge the fact that "Eric" is played by an actor (who also does commentary on the DVD with the director). As I write this, I don't know, nor do I care. One thing I am certain of is that S&MAN is a unique and interesting project that exposes different facets of the horror genre. Sure, there's a disturbing fictional storyline that comes into play in the second half of the film, but, for the most part, it's a legitimate documentary that features some humorous, eye-opening, and intimate interviews with people from opposite ends of the horror spectrum. 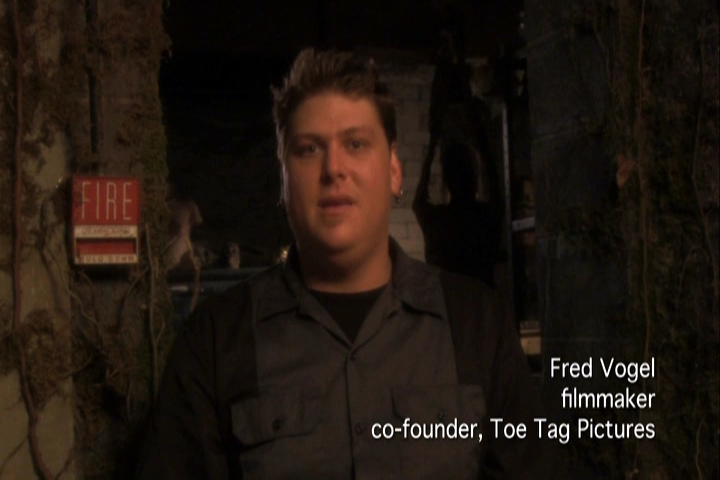 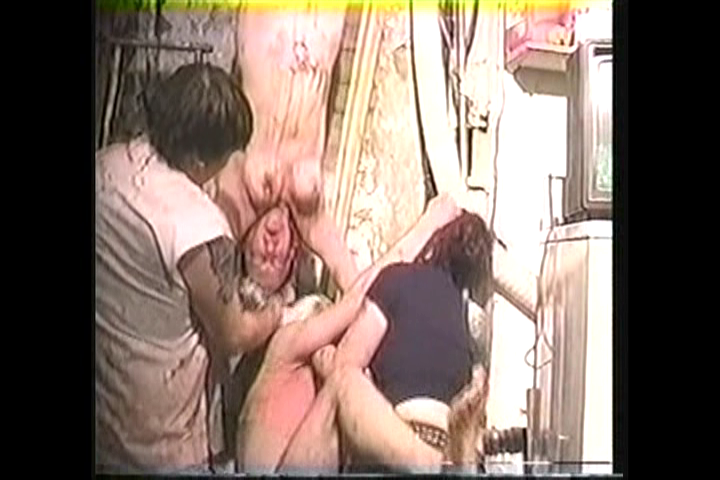 As far as the interviewees that work within the horror genre, they're all great for different reasons. Bill Zebub makes no apologies for creating the types of films he does and has no aspirations of becoming the next Martin Scorsese. Debbie D is quite interesting as an aged fetish model with delusions of becoming a serious actress. Fred Vogel pulls the curtain back and gives some insight into his own unique and arguably misunderstood brand of exploitation and pseudo-snuff. But Eric in particular is the most fascinating character, especially once we get to see footage of his disturbing films. 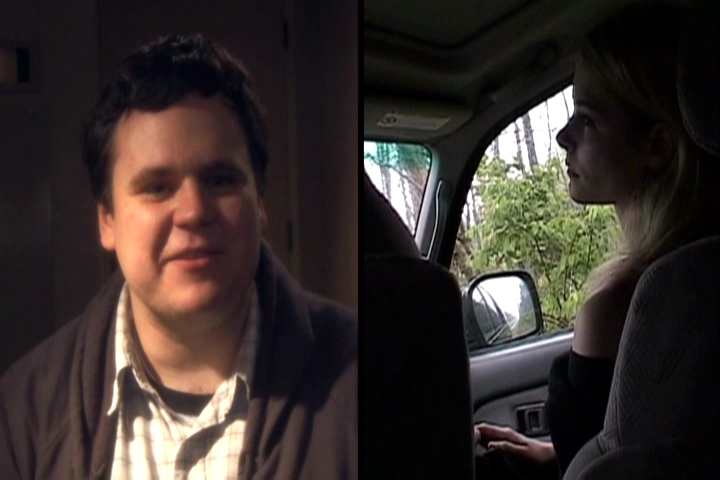 The title "S&MAN" is lifted directly from the series of films created by the fictional character Eric Roust. In the films, Eric stalks women, kills them, and performs other disturbing rituals. We as viewers know these films are staged, but if they were as real as they're presented to be, the idea of it is fucking terrifying. The thought of someone making these types of movies is one thing, but it's even scarier to think that there's an audience for them. Granted there's no way a serial killer like Eric could literally film his crimes and get away with it in real life, but what if there really were a series of underground films like the ones Eric makes? As scary as it sounds, I have no doubt they'd be highly sought-after by the curious and perverse alike. For reasons that are explained, Petty turns his attention to Eric in the second half of the documentary and makes him the focal point. As S&MAN progresses, we get deeper and deeper into his world. Scripted or not, it's quite disturbing and uncomfortable to watch.

With voyeurism as one of the topics that drives the film, there's an inherent emphasis on perception. The perception of the horror consumer in terms of why they seek out the genre and what causes them to go down the path of acquiring some of the darker material out there. The perception of the people who are on the outside looking in. And, most importantly, there's a statement being made about the perception of the people watching this very film. It should be said that the genesis of this project, according to J.T. Petty, was to interview an actual peeping tom who got arrested in the neighborhood where he grew up and was found with over 100 videotapes of unsuspecting victims in his possession. If Petty's story is true, I have to believe "Eric" is simply the director compensating for what he originally intended. Nonetheless, S&MAN is clever, interesting, and pretty damn scary. It definitely made me take a step back and analyze myself and why I watch horror movies. But, like everything else in life, I do it for the chicks.