If you remember my reviews for THE TORMENTED and THE STRANGER WITHIN, then you're probably aware of the fact that I'm madly in love with actress Sarah Butler, but totally not in a creepy stalker way or anything weird. I just think she's cool, alright? And we could probably have some good-looking children together. I mean, yeah, I own like a dozen copies of the I SPIT ON YOUR GRAVE remake, but who doesn't?! Don't judge me, dudes! Anyway, what I'm trying to get at is: my totally innocent and not-stalkery crush on Sarah Butler makes me do stupid things. Like re-watch FLU BIRDS and write about it, making me part of a rare breed of people who have seen this more than once. 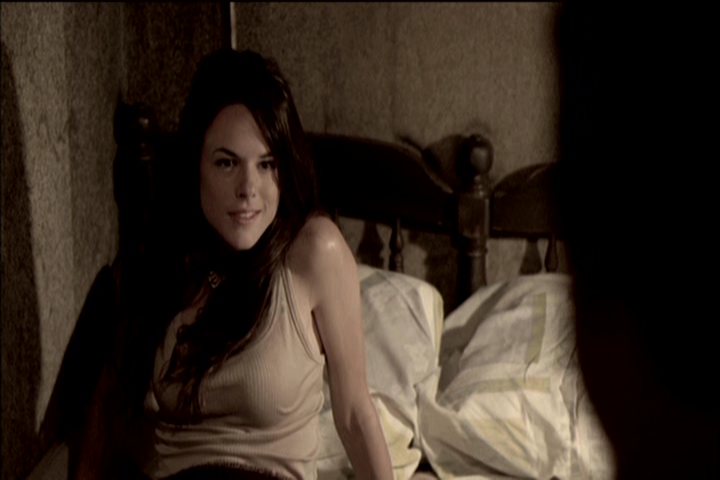 FLU BIRDS (also known as FLU BIRD HORROR) opens with two hunters being terrorized by what appear to be pterodactyls. For a second, I also thought the hunters were ventriloquists, but it just ended up being really bad ADR. Meanwhile, somewhere across the forest, a group of troubled teens played by twenty-somethings are being chaperoned on a camping trip against their will. As they're introduced, the film goes out of its way to inform you on all the crimes they were individually busted for. It's not long at all before the juvenile delinquents and their chaperone are being attacked by the same giant reptilian birds. The remaining characters who don't get their faces ripped off flee into the woods and immediately plan a survival strategy. Among them is a hilarious white-boy-who-thinks-he's-black, who drops lines like "We gotta bounce!" and "I gotta represent!" when he panics. 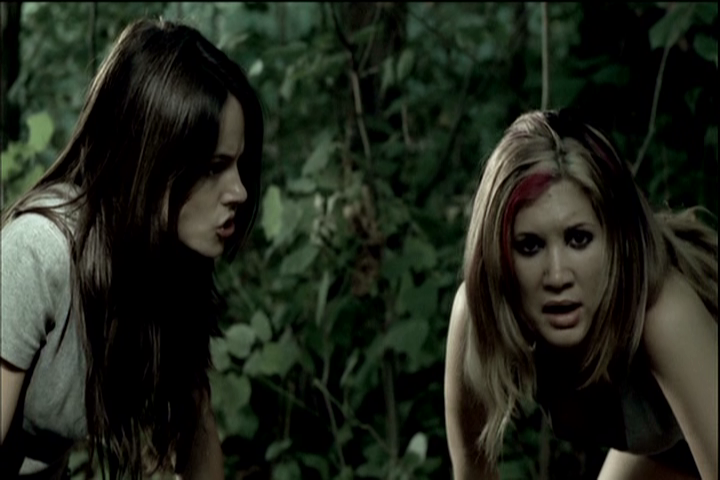 One of the earlier bird-attack victims is found barely-alive by a park ranger, played by Lance Guest of THE LAST STARFIGHTER and HALLOWEEN II fame. He takes the victim to a hospital in town, where a doctor analyzes him and finds that the birds that attacked him are carrying a deadly airborne virus. During this time, the victim is basically turning into a zombie; not in the sense that he has an uncontrollable hunger for brains, but rather his skin is beginning to rot to the point where he looks like a living corpse. Subsequently, you get all the tropes that come with the territory of a story with a potential pandemic: a bunch of guys in chem suits, quarantines, etc. Unfortunately the film falls short when it comes to creating a sense of dread and suspense in terms of the impending virus outbreak. 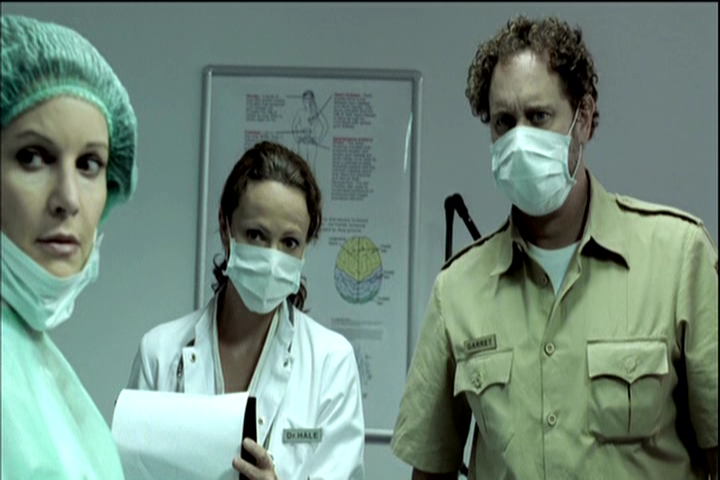 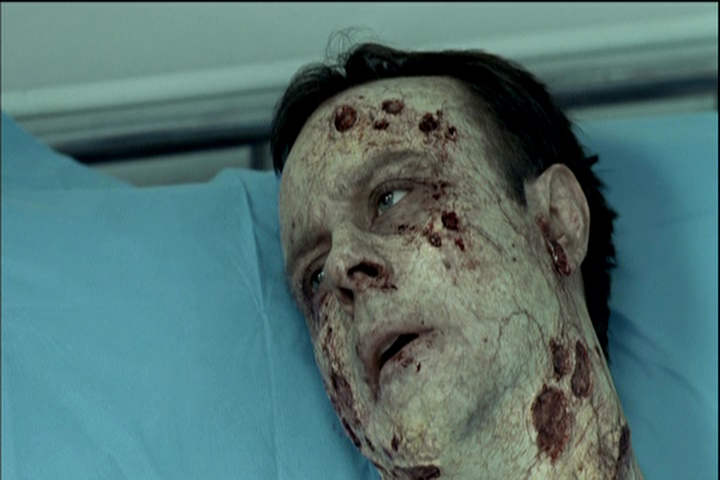 There's also a power struggle within the group of teens that could potentially be their downfall. The only character who possesses common sense and an inclination for sympathy towards those around her is Eva, played by Sarah Butler. YOU GO GIRL.

That's pretty much it. There are two sides of the same story shown: the virus scare in town and the survival scenario in the woods, both set against the backdrop of mutant bird attacks. I don't know what the exact budget for this was, but you can tel,l when watching it, that the filmmakers weren't working with a lot of money. The film's low quality is very noticeable from the start, as evidenced by the poor ADR (post-production voiceovers) and the CGI birds, which don't look too great. Fortunately those things ended up being a blessing for the film in a way; you expect the film to be complete and utter shit, so when it's anything better than complete and utter shit, it's seen as a positive. 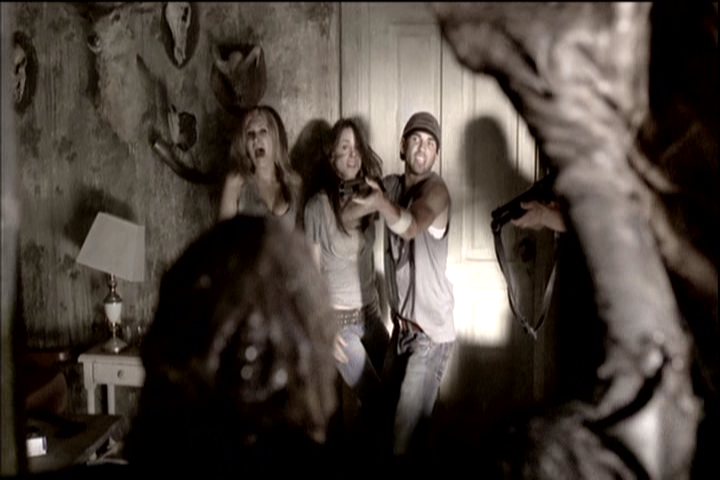 Basically, FLU BIRDS isn't a great movie but it's better than its low-quality appearance would suggest. There's some goofy dialogue and acting that ranges from laughable to wooden, but I think this has more positives than negatives. The power struggle within the "teenagers" keeps things interesting and adds a psychological element to the story. Plus, the fact that there are two plot threads set against the same backdrop helps with the pacing a little. While the quarantine element of the story is sort of cliche and not surprising in the least, I thought certain aspects of it were decent. The birds are sparingly featured in both their CGI and puppet forms, but this might be due to budgetary issues - the same issues that prevented the incorporation of humanoid bird creatures into the film, which is what the original script called for (according to IMDB trivia). However, we do get a decent amount of gore during the few bird attacks that we get to see. If you can get on board with the characters (which you'll be able to decide very quickly), I think you (yeah, YOU) will find this to be worthwhile.