Here are some guest posts from some fellow bloggers and friends, B-Movie Becky from The Horror Effect, Carl Manes from I Like Horror Movies, Neil Fulwood from Agitation of the Mind, and Brian Bankston a.k.a. Venoms5 from Cool Ass Cinema. A big thanks to them for contributing material for George Romero Week on short notice. Stay tuned for more guest posts before the weekend, and be sure to check out the guest review of LAND OF THE DEAD by Richard of Doomed Moviethon and Cinema Somnambulist if you haven't done so already. Enjoy. -Aaron

The Romero Zombie Is Dead by B-Movie Becky
Becky's Blog: The Horror Effect
George Romero is perhaps one of the most distinguishable figures in horror. This is not only because he wears glasses for which a coke bottle comparison is painfully inadequate, but because the Romero name truly shaped the zombie genre and influenced the massive sub-culture that came to follow. Today, thousands hit the streets in major cities for zombie walks. College students participate in an elaborate game of campus-wide zombie tag. A New York Times Bestseller, Pride and Prejudice and Zombies, brings the zombie to mainstream platforms. The zombie culture has indeed transcended the horror genre. One no longer has to declare oneself a fan of horror to partake in all things zombie. What happened to the zombie film to push it from the fringe to the center? 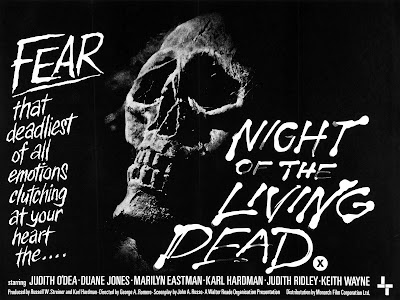 Let’s start with the most important zombie film of all: Night of the Living Dead. Although zombie films did exist prior to Romero’s 1968 masterpiece (White Zombie, I Walked With a Zombie, Things to Come), NOTLD served as the inspiration for modern zombie cinema. The apocalyptic spread, the transference of the plague via bite, the hunger for human flesh, the fragile relationships of survivors banding together, and the method of dispatching ghouls all made Romero’s film the mold through which all subsequent zombie films were formed. Perhaps what is most important about NOTLD is the impact it had on audiences of the late 60’s. It was a shocking film. The intensity of the gore was unprecedented for these moviegoers. Indeed, the sight of little Karen consuming her own father is still effective. 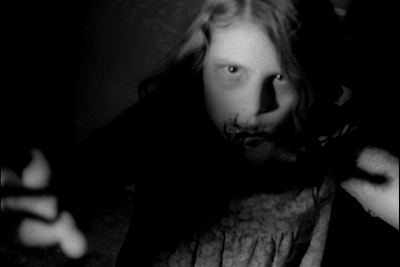 Besides the terrifying sites of humans eating other humans, NOTLD is also essential to the zombie film because of its strong thematic resonance. Romero is famous for utilizing the zombie genre as a medium to explore social issues. This is because the zombie film allows filmmakers to explore the fundamentals of human nature, as the apocalypse forces humans to return to a primal state. Critical analyses of the film have found subversive commentary on the family, military, racism, and violence. Whether or not Romero intended all of these themes to be present, one cannot deny the powerful statement of the film’s conclusion. Emerging as the sole survivor of the horrific zombie attack on the farmhouse, the film’s lead, who also happens to be black, is mistakenly shot dead by a militia posse. Regardless of race playing a possible factor, the ending is tragic and unexpected. In every way, NOTLD defies the mainstream and many films aimed to follow in its footsteps. 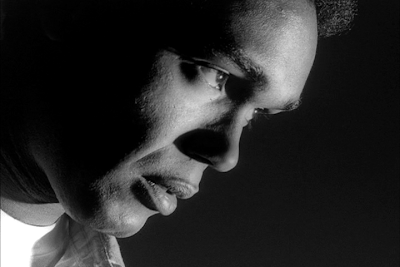 Some of those films succeeded. Pushing the boundaries of intestinal gore, questioning social mores, and often casting nihilistic views of human nature, the zombie film became a popular yet extreme form of cinema. However, at some point, the zombie film stopped surprising us. The biting commentary drifted away, the over-the-top gore became commonplace, and nothing new was left.

Instead, post-modernism has sucked audiences dry. The film industry is too busy capitalizing on the success of previous movies and cult masterpieces instead of moving forward. Remakes are not the only films guilty of this. We can also thank Tarantino for encouraging filmmakers and other artists to borrow from and manipulate the past so that it can be presented to a modern audience as something new. And thus, Pride and Prejudice and Zombies is born.

While the zombie genre may be flourishing as a centerpiece of conventional horror cinema, the content that originally made the genre so influential is no longer there. Perhaps after the popularity bug passes, zombie movies can return to a state of subversiveness. Unfortunately for Romero, he cannot do this because his vision has become the very definition of zombie. We need another young filmmaker from Middle America to reinvent the genre again.


Remembering The Living Dead by Carl Manes
Carl's Blog: I Like Horror Movies
I must have been 7 or 8. I remember being in the guest bedroom of my grandma's house with the lights out, flipping through channels while everyone else was asleep. Boring late nite TV. Usually, this is when Mr. Ed or Alfred Hitchcock Presents would be on, but on this particular night, I changed over to Nick at Nite to find the living dead invading my TV! My first memories of Night of the Living Dead, like most people's, were watching Barbara stumble through the graveyard as Bill Hinzman's cemetery zombie slowly reached out to snag her, and the nightmarish scene outside of the house where the ghouls begin gathering and ripping the flesh from Tom and Judy's bones. I was terrified of the film from the very start, but couldn't look away. With no one to turn to, I just sat and watched as my heart raced and I gripped the pillow tightly. Not much has changed since then. Night of the Living Dead is still just as frightening today, but nothing will ever compare to that first time. 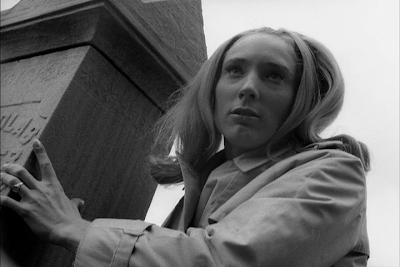 Bobby Conroy Comes Back From The Dead by Neil Fulwood
Neil's Blog: The Agitation of the Mind
In what is either a case of life imitating art, art imitating art or meta-fiction gone crazy, George A. Romero gave mega-selling horror writer Stephen King a cameo in his 1981 oddity ‘Knightriders’; twenty-four years later, King’s son Joe Hill repaid the favour by not only featuring Romero as a character in his inspired short-story ‘Bobby Conroy Comes Back From the Dead’ but having the main drama of story play out against the backdrop of Romero shooting his most famous movie: ‘Dawn of the Dead’. 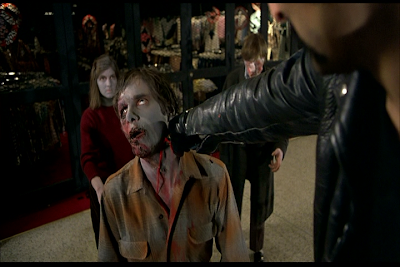 ‘Knightriders’ is an atypical film for Romero. One of the very few things on his CV that’s not a horror film, it’s pretty much unclassifiable. The irony is writ large: a director best known for horror gives a small but memorable role to a writer best known for horror. In a film that’s not a horror. Even more ironic: he casts King – a very accomplished novelist despite the fact that he’s both mainstream and defiantly genre-based – as a sub-literate drunken lout heckling the knights/bikers at one of their rallies. 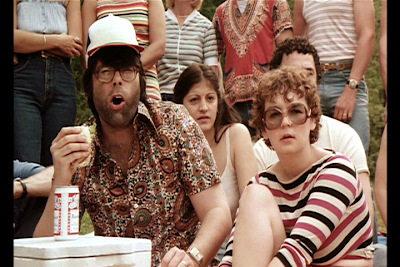 ‘Bobby Conroy Comes Back From the Dead’ is likewise an atypical story for Hill. Best known for his novels ‘Heart Shaped Box’ (about a heavy metal singer who buys a ghost over the internet) and ‘Horns’ (about a man suspected of the rape and murder of his girlfriend who finds himself turning into a demon), his work so far has definitely tended to the macabre, the morbid and the perversely amusing.

‘20th Century Ghosts’ – the collection ‘Bobby Conroy’ is anthologized in – is packed with stories that take self-evident horror tropes, either psychological or supernatural (ghosts, mutations, disappearances, madness, blurred lines between fiction and reality, and a truly original take on the Van Helsing character). ‘Bobby Conroy’ stands out as different because, at heart, it’s a love story.

The title character returns to his home town of Pittsburgh after giving up on his dream of making it big on the stand-up comedy circuit. Joining the ranks of extras being made up as zombies by Tom Savini, Bobby is whiling away his time on set, ready for his fifteen seconds of fame having his (prosthetic) head shot off, when he bumps into an old flame. The story is basically the dialogue between them while they wait for Romero to call “action”. We learn what brought them together, why they split up, and where there lives have led them to in the interim. Without pandering to the requirements of an obvious happy ending, Hill leaves the story on a hopeful note.

The fact that this gently observed character piece is set against the making of a zombie movie is what – pardon the pun – gives it bite. Any other setting and you’d probably be thinking “yeah? and?” Hill handles the material without any sentiment. It’s also as ironic as Romero and King’s collaboration on ‘Knightriders’. For a story whose hero is a failed comedian, it’s often laugh-out-loud funny. For a love story, the greatest passion underpinning every paragraph of it isn’t the romance between Bobby and his ex but Hill’s (and presumably his father’s) love for arguably the greatest zombie movie in cinema history.


Survival Of The Director Of The Dead by Brian Bankston
Brian's Blog: Cool Ass Cinema
George Romero is both one of horror cinemas most praised and most condemned filmmakers. He'll be forever damned as the purveyor of putrid, walking contagion despite guiding some truly fascinating and entertaining films outside the shambling corpse genre such as MARTIN (1977), KNIGHTRIDERS (1981) and MONKEY SHINES (1988). His second picture about human consumption resurrected living dead cinema in ways like no other quickly becoming the template by which other flesh eater films were judged. His trifecta of terror that is the B/W siege-paranoia picture, NIGHT OF THE LIVING DEAD (1968); the frenzied view of the apocalypse in DAWN OF THE DEAD (1978); and the remnants of man living as rats in an underground hell from DAY OF THE DEAD (1985) are the ultimate and most well known examples. Unlike others who have dabbled in gore addled graveyard horror, Romero immerses each and all his dead epics with social commentary that speaks on topical subjects of the day through his own perspective. 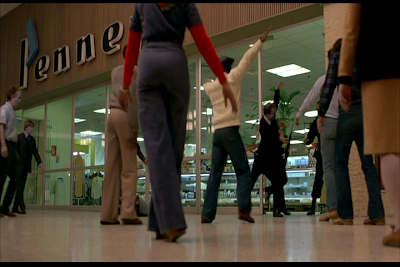 Frustrated that obtaining financing, or distribution for a non zombie picture was becoming a less likely proposition, Romero has been relegated to the ever increasing army of the walking dead for the last five years. The success of the DAWN remake finally gave a major studio the jolt to grant the man of the revisionist zombie film the finances needed to create LAND OF THE DEAD; a wider canvas with which to splash his preferred shade of red. Liking what they saw, it was reported the studio gave Romero a few more million to expand his corpse-ridden landscape. Despite having a reasonably pleasant experience all around, Romero's big studio outing divided fans for various reasons--heavy handed subtext, Romero touted as a "sell out", or the zombies were too intelligent (despite their obvious evolution from DAY). 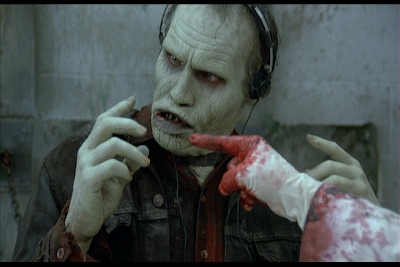 With each succeeding zombie production, Romero's critics continuously aim for his head when his new film doesn't compare to his magnum opus, DAWN OF THE DEAD--"They want me to make the same movie over and over again", he said in an interview with 'Film School Rejects'. The quirkiness of his most recent endeavor has become a case of 'life imitating art' with the fans as the O'Flynn's on one side and Romero as the Muldoon's on the other. The fans want Romero's zombies to die already, while the director wants to keep them around for a little while longer. While I'd say nostalgia has a lot to do with why I have an affection for the initial trilogy that the newer films have yet to replicate, that doesn't mean I don't appreciate their new and continuously fresh approach. I happen to enjoy Romero's continued ingenuity in finding ways to keep the dead alive and look forward to any other entries in his long running, influential and hungry franchise.
Posted by Aaron at 6:02 AM