Does this week's 13 Questions guest really need an introduction?! Not really, but I'll give one anyway. The lovely Fallon Bowman is a musician from Canada who played guitar in the band Kittie for a number of years and performed on their debut album SPIT before parting ways with the band. Since then she's pursued endeavors in and out of music, namely her Amphibious Assault project (albums available on iTunes). As for me, I was a huge fan of Kittie back in the day and had a crush on Fallon like every other young Metalhead who had Slipknot posters hanging on their walls, so it's both surreal and extremely fucking awesome that she took time out of her schedule to answer 13 Questions and let everyone know what she's into. Enjoy! 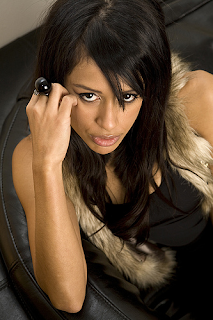 1. Who are you and where are you from?
Fallon Bowman, Canada

2. Where might people know you from?
Kittie, Amphibious Assault, and ME!


3. When it comes to what you do, who or what are your major influences?
I really enjoy most music - so no one in particular!

4. What four peoples' faces would you put on your own personal Mt. Rushmore?
THE SPICE GIRLS! Minus Sporty. Even though she is probably the best singer. Okay maybe we can mutate Baby's face to be half Sporty's. I dunno I got nothin'.

5. What's the last album you bought?
Koi No Yokan - Deftones

6. What are the last movies you saw in theaters and on DVD/Blu-Ray?
The last movie I saw in a theatre was a Norwegian film called 90 Minutter during TIFF (Toronto International Film Festival). It was probably the most intense, shocking, disturbing, and brave movies I have ever seen dealing with domestic violence in Norway (although definitely not a regional problem, it was interesting coming from a country where it is believed to have the highest gender equality) - it gave me nightmares more than any movie I have ever seen, but moved me to think which I believe was the point of it being made.
On DVD the last movie I saw was Kick Ass, because I was teased by my friends that I had never seen it! 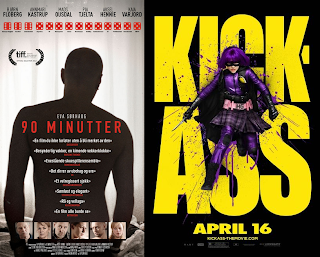 7. What's the last podcast you listened to?
I haven't listened to podcasts in forever but I believe it was in 2009 and it was Dan Savage's podcast Savage Love - they are brilliant. He is brilliant. 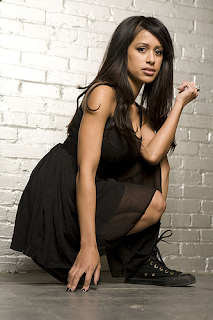 8. What's the last video game you played?
Well I play many simultaneously, since I am pretty avid on Steam and EA's equivalent Origin. The last one I played is Sims 3 (no expansion) and Battlefield 1942 (it crashed my computer??) and another fantasy one called Kingdoms of Amalur Reckoning - very cool ja!

9. What's the last book you read?
George R. R. Martin's A Feast for Crows. Absolutely one of the best fantasy books i've read in a long time - now I am onto a Dance with Dragons, another must read.

10. What are your favorite sports teams?
Um don't follow sports

11. What cartoon or comic book character can you relate to the most?
Happy Noodle Boy, i stand on stuff and rant nonsense sometimes.

12. Create a playlist of ten songs that give people an idea of your musical taste.
Sorry, but I need 20 songs to illustrate my VAST tastes. Yep, I said it! I own all of these songs in my iTunes library - srsly. 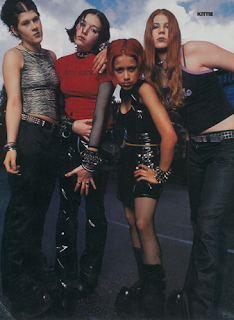 13. If you could spend the day at an amusement park with one person from the entertainment industry, who would it be and why?
Um because I am on a huge Walking Dead kick, why not Norman Reedus in his Daryl get-up + crossbow and me with a shovel and a box of matches and we can intimidate the carnies into givin' dem der stuff anermals FER FREE.