In this sequel (in name only) to IN THE NAME OF THE KING, director Uwe Boll once again takes an established Action star and places him in medieval times to slay evil-doers, or something like that. While the previous film saw Jason Statham battling ogres and wizards, this one has more of a time travel aspect to it, which puts a twist on the medieval element. And who better to replace Statham than my second favorite Action star working today (and fellow EXPENDABLE), Dolph Lundgren. Say what you want about Dr. Boll, but he knows what's up when it comes to casting leading men in his movies.

Granger (Ludngren) is a Karate instructor and ex-soldier who, while in the midst of his annual tradition of mourning a fallen soldier he served with, is suddenly transported back in time from present-day Vancouver to the medieval ages by a warrior known as Ileana the Powerful, all while dodging masked sword-wielding baddies who followed her through the time portal. Granger was specifically sought out by Ileana; apparently he's a big deal considering she sacrificed her life to get him back in time safely. Once Granger finds himself in a village deep in the woods and realizes what's going on, he meets a character whose title speaks for itself: The King. It's revealed that Granger is "the Chosen One" and he was brought back in time to fulfill a prophecy. The enemies - a clan of rabid cannibals led by a powerful witch - are posing a serious threat to the kingdom, and Granger is their only hope. 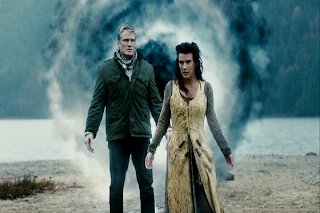 Notable WTF Moment: When The King is introduced, the first thing you see is him straightening up his wig that he apparently just put on. The shot lasts for a couple of seconds. The thing is, there's absolutely no pay-off in regards to his wig. For whatever reason, he's established as wearing a wig, but at no point in the rest of the film do you see him without the wig, nor is their ever any reference to it. 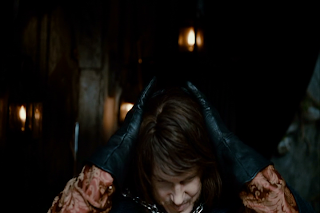 One thing Uwe Boll does in his films is bring back a lot of the same actors he used in other movies. Such is the case here with actress Natassia Malthe, who worked with Boll on a few movies, namely the second and third BLOODRAYNE films, in which she played the lead role. Here, she Manhatten - a doctor of sorts and basically one of the top go-to people when it comes to The King. Most of you reading this probably know that I love me some Dolph Lundgren, so it goes without saying that he's the biggest draw for me when it comes to this film. The fact that he stars alongside Natassia Malthe is just an added bonus. While I don't particularly seek Natassia's films out, I will give them a shot based on her presence. Not that she's a great actress or anything, but I admire the fact that her career up to this point has been steeped in genre films. And she's hot. I mean, come on, there's no getting around that. Natassia Malthe is absolutely gorgeous, so there's that too. Dolph and Nattasia fortunately have great chemistry together, and it's their on-screen pairing that, in my opinion, makes this movie as entertaining as it is. 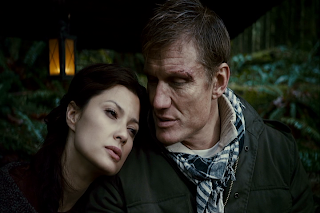 One of the main problems I had with the first IN THE NAME OF THE KING is that it was all over the place in terms of tone and performances. As I said in my Statham retrospective, some people played it straight while others hammed it up; sometimes an uneven tone works, but not in this case. In the sequel, however, there's more of a comedic and campy feel to the film that works to its advantage and results in a film that's superior to its predecessor in certain respects. There's a fish-out-of-water aspect to Dolph's character that, in theory, should make for some subtle comedic moments in the midst of everything else going on. Thankfully, Dolph seems to "get it" when it comes to playing Granger; he's absolutely hilarious in this and seems to understand what his character is all about. Dolph doesn't really portray Granger as a bad-ass (although there are certainly moments of bad-assness), but rather as someone who kinda just goes with the flow and can't quite grasp the concept of being the savior of an entire kingdom. 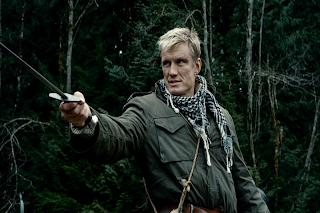 A strange creative decision that Boll makes with this film is including sporadic narration throughout from the point of view of Dolph's character. These bits of narration further the film's campy tone, especially with lines like (in Dolph's unmistakable accent of course): "I began my day with a protein shake and now I'm standing in a medieval sleeping hut." And speaking of Dolph, it wouldn't be one of his movies if the female characters weren't throwing themselves all over him. Can you blame them? It should be said, though, that there's no nudity, which is strange for an Uwe Boll film, and even more so when you consider the fact that Natassia Malthe certainly isn't shy when it comes to showing some skin. But I suppose there's a time and place for all of that.

Though entertaining and despite it being an Uwe Boll movie (which means it shouldn't be held to such a high standard), IN THE NAME OF THE KING 2 lacks in certain areas, namely the script and the fact that the movie as a whole looks pretty cheap. Most of the film's dialogue is exposition, and when the story shifts about half-way through and certain revelations are made in regard to certain characters, there's even more exposition on top of that; I'm sure most people who casually watch this movie won't even notice any of that, but it does kinda take away from the "quest" and adventure aspects of the plot. Also, there aren't really any establishing shots of where the film is set, so it basically just looks like a bunch of people are LARP-ing in some random Vancouver forest during the battle sequences. 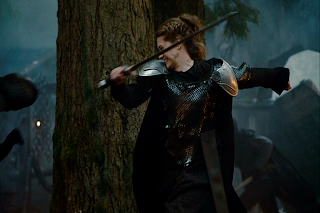 People give Uwe Boll a lot of shit (myself included on occasion), but he seems to be getting better as a filmmaker and has already proven himself to be more than capable of making worthwhile, entertaining movies of the straight-to-DVD variety. And, to be fair, he's much better than a lot of other directors who dwell and thrive in the home-video market if he's provided with a fair amount of resources. Based on what I've seen of his movies so far, IN THE NAME OF THE KING 2 is one of his better efforts in terms of entertainment value and camp.