13 Questions: Dynamo Marz of The Deadites

Death Rattlers, welcome to the first ever 13 Questions, which is a new weekly feature that I'll be doing every Friday, where I'll be posting mini-interviews with various people from the world of entertainment, be it filmmakers, actors, podcasters, bloggers, writers, so on and so forth. The first participant is Dynamo Marz, who fronts The Deadites and provides music for the Philadelphia-based pro-wrestling organization CHIKARA. Please check out the links below for more of Dynamo and The Deadites! 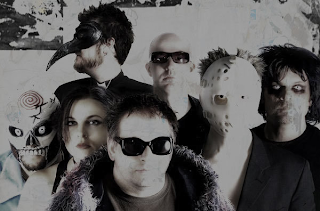 1. Who are you and where are you from?
My Name is Dynamo Marz. I come from central Massachusetts in a suburb of a dead little city named Worcester. 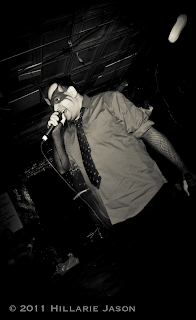 I front an electronic band named The Deadites. We're the world's first monster-hunting pro-wrestling super team ever. We have a new EP "The Big Scary Monster Hunts At Midnight" (available on all digital distribution sights). You may also have heard our stuff on your Chikara DVDs. If that ain't enough for ya, we have a weekly(ish) Video Podcast called The Cryptocast!!

3. When it comes to what you do, who or what are your major influences?
Depeche Mode. Alice Cooper. John Carpenter. KISS. Oingo Boingo. Ennio Morricone. Clive Barker. Frank Zappa. Men without Hats. Japanese Pro Wrestling. Joseph LoDuca. KMFDM. Vestron Video.

5. What's the last album you bought?
The Qemists: Join The Q

6. What are the last movies you saw in theaters and on DVD/Blu-Ray?
The Avengers. Grindhouse.

7. What's the last podcast you listened to?
A double feature of cineAWESOME #26 and The Gentlemen's Guide to Midnite Cinema #2 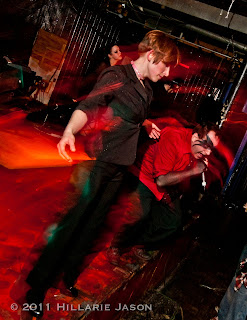 8. What's the last video game you played?
Me and me lady friend have been playing Silent Hill: The High-Def Collection.

9. What's the last book you read?
The Dragon Factory by Jonathan Mayberry

10. What are your favorite sports teams?
The Boston Bruins and the New England Patriots are pretty much religion round these parts.

11. What cartoon or comic book character can you relate to the most?
When I'm on stage or in The Thick of things I feel all wolverine bad ass but real life smacks me right back down to peter Parker. 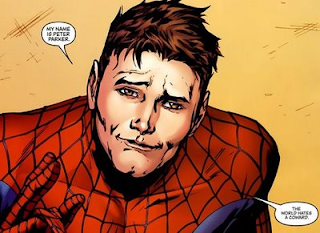 12. Create a playlist of ten songs that give people an idea of your musical taste.
(These are the last ten jams I listened to on my run today. It was a pretty good cross-reference of me)

13. If you could spend the day at an amusement park with one person from the entertainment industry, who would it be and why?
Angela Bettis BECAUSE SHE WILL BE MINE. 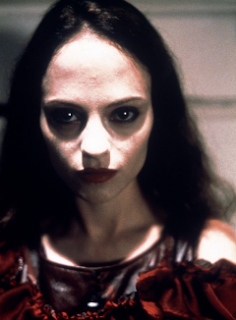