Having just been involved in a botched bank robbery, three brothers - one of whom is badly wounded from being shot - head to their old house to hide out, only to find that their mother and sister are no longer living there and in their place are a young married couple and a group of their friends in the midst of a party. A home invasion ensues and the eldest brothers, Addley and Ike, scramble to somehow get in touch with their mama so she can tend to the wounded sibling and essentially comfort them. Once she eventually arrives with her only daughter, Lydia, in tow, Mother basically holds down the fort and acts all crazy as her able-bodied sons run amok and the other bleeds to death. 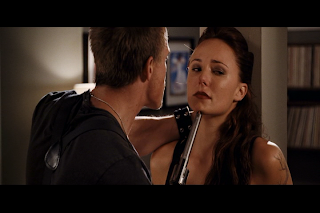 MOTHER'S DAY, as most of you know, is a remake directed by a man who once referred to himself as "the King of Unoriginality", Darren Lynn Bousman, who's made a career out of either directing other peoples' material or remaking films. The original MOTHER'S DAY, which came out in the early 80's, was directed and co-written by Charles Kaufman and executive produced by his brother Lloyd (yes, that Lloyd) and has since become a cult classic. It should be noted that this remake isn't so much a direct remake as it is a similar type of film that pays homage to the original. Bousman and whoever wrote the screenplay took liberties with the original and put their own little spin on it, resulting in a tweaked, twisted version of the Three Bears folk tale combined with a crime-thriller with the "Mother" character as sort of a Ma Barker figure to her criminal sons, highlighted by scenes of rough and occasionally absurd violence that add a Horror element to the film. 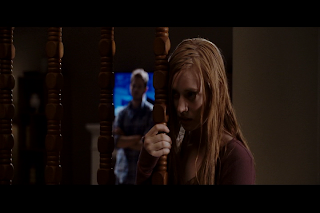 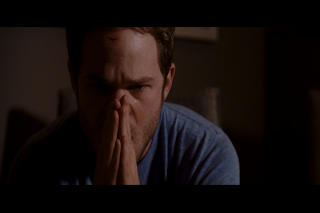 I have to believe that the casting of Rebecca De Mornay was no coincidence, as her character in this bares some subtle but striking similarities to the one she played in THE HAND THAT ROCKS THE CRADLE many years ago for reasons that are obvious when you watch this film. I haven't seen De Mornay in much of anything from the last few years that comes to mind, so it was quite jarring to see how much she's aged compared to when I last saw her in a film, but I suppose she still looks good for her age and, to be fair, she wasn't exactly dolled up in this either. She's pretty good and, in my opinion, shines more when she's allowed to get a little over the top with her character as opposed to playing the calm, manipulative role early in the film. I wouldn't rank her as one of the best to have tackled such a role, but she's proved in the past that she can bring a lot to the table when it comes to playing a crazy bitch.

I'd heard some bad things about this film prior to seeing it, so I went into it expecting the worst, which is probably why I ended up liking it as much as I did. I can certainly understand where some of the criticism would come from, not just from the standpoint of it being a remake but just based on some of the flaws of the film as a whole, but I found MOTHER'S DAY to be an enjoyable and very watchable film with effective moments of tension and a great use of psychology. It's not to say that the film is without its problems though. Personally, I could have done without a couple of the supporting characters as I felt the film was bloated with people at certain points, but on the bright side the characters are used well (and, in some cases, killed well). You also have to suspend your disbelief at many points throughout the film, especially when you consider that multiple gunshots are fired in the house but yet none of the neighbors call the police. 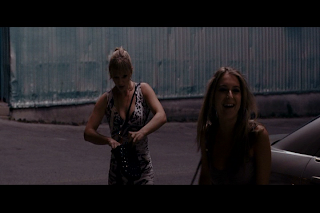 Interestingly, the events in the film coincide with an incoming hurricane, which I thought was a nice touch. That always goes back to the metaphorical "winds of change" that sweep through a town and shake things up for better or worse. The film also makes a comment on children being sheltered and essentially brainwashed by controlling parents, and it's during a pivotal scene where one of the characters addresses this verbally that a nice little homage is paid to the original MOTHER'S DAY. Speaking of which, both Charles and Lloyd Kaufman were credited as having cameos in the film, but I couldn't find them anywhere. There's also a character in the film named Charles Kaufman. Overall, MOTHER'S DAY is a flawed but enjoyable film that will most likely appeal to the casual movie fan than the hardcore crowd, and Jaime King continues to prove that she's one of the more reliable actresses working when it comes to playing the Final Girl.