This week's 13 Questions participant is a Canadian actress and singer by the name of Brooke Palsson, who was nominated for a Gemini Award and won a Canadian Comedy Award for her work on the hit television series LESS THAN KIND. She also recently starred in the Guy Maddin film KEYHOLE alongside Jason Patric, Isabella Rossellini, and Udo Kier. You can follow Brooke at the links below!

1. Who are you and where are you from?
The name is Brooke Palsson and my roots are in Winnipeg, Manitoba. You should know there are no amount of Rob Lowe's in the world that would ever darken my view of this city. I love it here. Small town meets city. 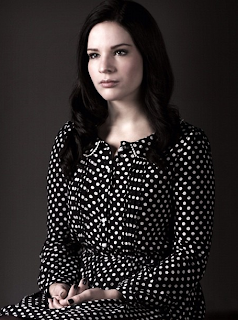 2. Where might people know you from?
I'd have to say people would most likely recognize me from Less Than Kind, or that time I went streaking through the parliament.

3. When it comes to what you do, who or what are your major influences?
Every once in a while, a character I play will be sparked with inspiration from characters I've seen elsewhere, whether it's someone I went to school with, or another character from a movie. I had to lisp in one role over a series of three years, and to choose from the wide variety of lisps I turned to someone I once saw in a movie.
Self reflection is also huge for me, I'm constantly taking bits of me and my past experiences to shape my characters and their stories.

4. What four peoples' faces would you put on your own personal Mt. Rushmore?
Wes Anderson, David Bowie, C.S. Lewis, and Justin Bieber.

5. What's the last album you bought?
Feist's "Metals" - I've been writing music for ten years now and she's a huge reason I got started in the first place. I'm hoping to see her at Folk Fest in a few days!

6. What are the last movies you saw in theaters and on DVD/Blu-Ray?
Last movie I saw in theatres was "Dark Shadows", it had its moments and Alice Cooper, but it wasn't enough to win me over. Today I plan on watching "Vampire", a comedy about a documentary team who spend time filming a vampire family in Belgium. God, that had to be the worst description ever. 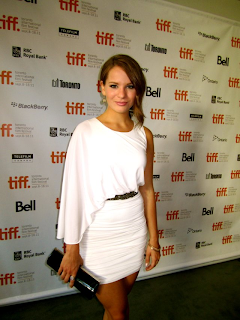 7. What's the last podcast you listened to?
Last podcast I listened to? I think that was probably about three years ago - some friends of my friend started one. I'm an old lady when it comes to podcasts, I listened to it once and forgot how to again.

10. What are your favorite sports teams?
The red one.

11. What cartoon or comic book character can you relate to the most?
Gary from Spongebob. He had me at "meow".

13. If you could spend the day at an amusement park with one person from the entertainment industry, who would it be and why?
Jason Schwartzman hands down. I don't think an explanation is needed. 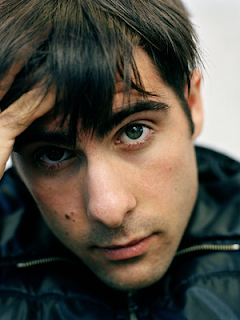