The characters in HAZMAT are either crew members or participants of a reality show that's basically a direct rip-off of SCARE TACTICS. People set their friends up to be pranked in a way that makes them feel like they're in a horror movie. In this particular case, a guy named Jacob is being set up by his friend Adam and a few of their mutual acquaintances. Apparently Adam and Jacob had a falling out. During the talking-head interviews with the show's participants, it's revealed that Jacob has become emotionally and mentally disconnected from those who are close to him for whatever reason. They think a good prank will get him to loosen up. But, oh boy are they wrong. DEAD WRONG! 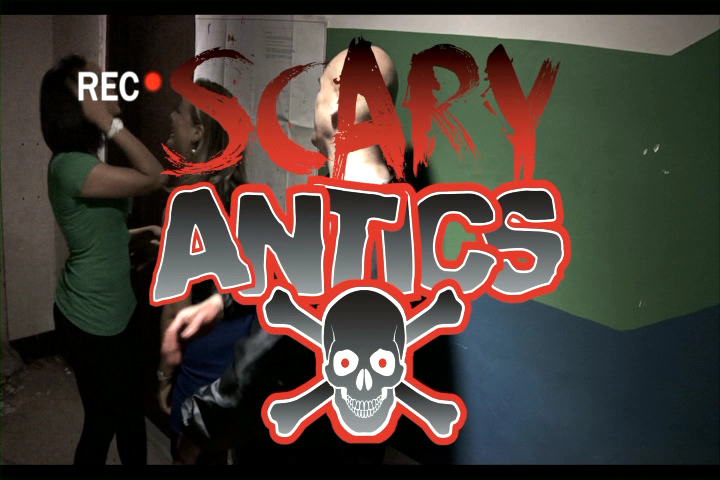 The plan is to bring Jacob to an abandoned building and stage a haunting, which they eventually carry out as part of the show. As far as the background of the setting, it used to be a government-operated building where chemicals were developed in the 1960s. It was initially abandoned due to a fire and re-opened 10 years later, only to be permanently shut down following a series of "freak accidents" that claimed the lives of workers. 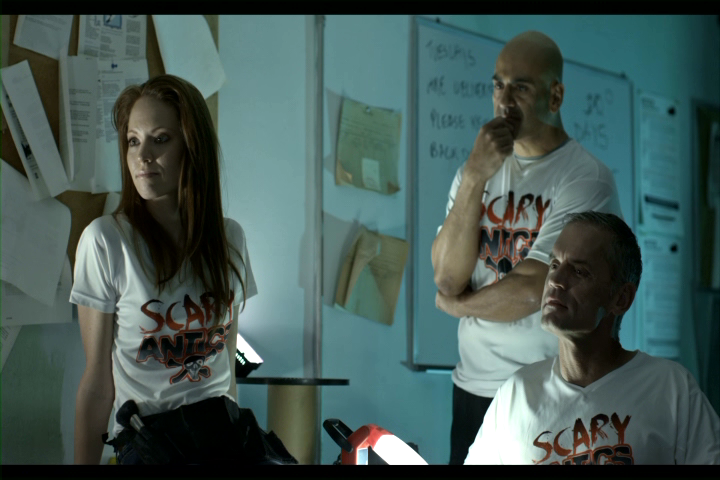 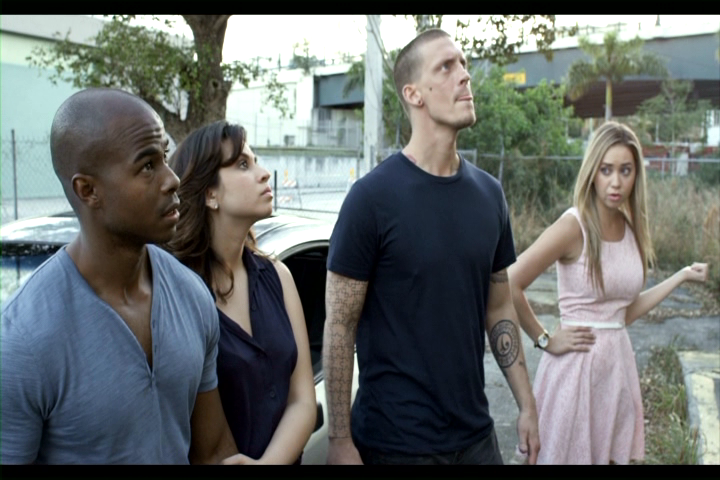 Once the filming of the show starts, there are four participants (including the prank's intended victim) and five or six crew members who are locked away in a room. The friends split up and creep around with lanterns. During this process, the friends basically address their problems with each other, thus creating your standard reality show "drama". Ironically, Jacob seems to be the only one with his shit together. He's a little weird but not as aloof and "emo" as his friends make him out to be. Anyway, the plan is for one of the crew members to come out dressed in a hazmat suit and gas mask and stalk the participants as if he were going to kill them. But, without much explanation, Jacob snaps and assumes the role of the killer - except his homicidal rampage the real deal. 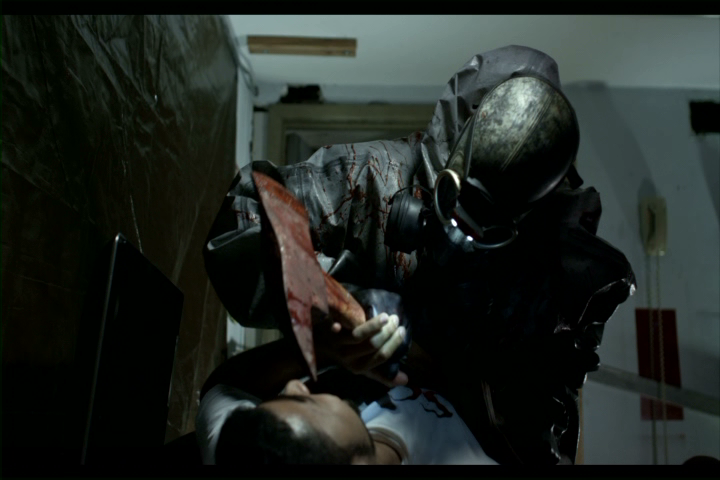 After the initial killings, the remaining characters pile in a room together and proceed to freak the fuck out. As they panic and argue, they cover all the bases as far as why they can't call the police and why they're unable to escape (aside from the obvious). At one point, one of them suggests Jacob will eventually get tired and leave if they wait long enough. Good point! If only that was the case with ever slasher movie, right? And of course since the place has hidden cameras installed everywhere, the survivors watch from the control room as Jacob wanders around and occasionally kills whatever unfortunate person he bumps into. Unintentionally hilarious actor reactions ensue. 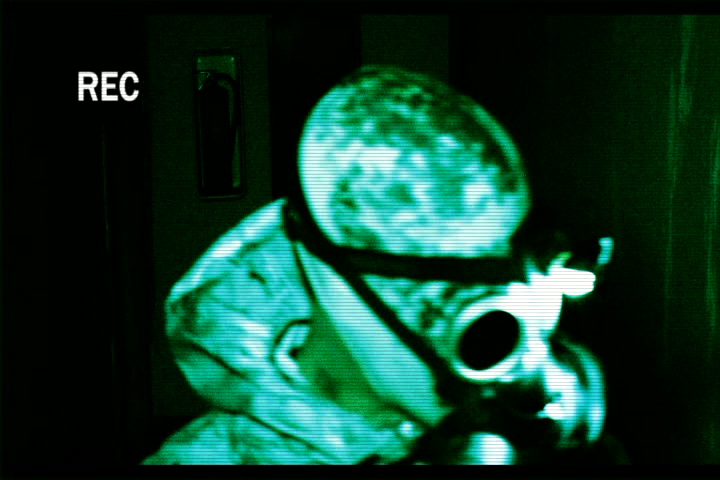 I don't have much to say about this one. It was a random rental from Redbox, so my expectations were non-existent. HAZMAT is clearly low-budget and not very original, as evidenced by the fact that it's based on an actual reality show and features a killer who infringed on the gimmick of the killer from MY BLOODY VALENTINE.

One of the film's major missteps is that the filmmakers didn't really take advantage of the building and establish it as this creepy maze of terror. Considering the apparent size of the production (ie. small), they probably didn't have much of a building to work with in the first place, which would be unfortunate if it was actually the case. As far as the kills and the body-count element, HAZMAT is pretty disappointing. Ironically, one of the things that saves this movie from being a complete turd is the one thing that made me groan at first: the hidden-camera reality show premise. The characters are also entertaining to watch because of how dumb and helpless they are. Overall, I'd recommend this to slasher completists only. I personally kind of enjoyed it for what it was. It seems like the type of movie a group of friends with no money would make, which I can appreciate.