Canadian character actor Stephen McHattie (probably most recognizable for starring in 300 or PONTYPOOL) has been turning up in a lot of movies I've been watching lately. It's gotten to the point where he's gone from being a "that guy" to someone who I've become a fan of. I've heard him referred to as a "poor man's Lance Henriksen", which is understandable considering how similar they look and sound, but McHattie is more than capable of holding his own. That said, I was pretty stoked when I randomly picked this movie out of one of the 20-movie horror packs that I own and saw he was in it. Not only that, but this Canadian production also stars a pre-SCREAM Neve Campbell for whatever that's worth. 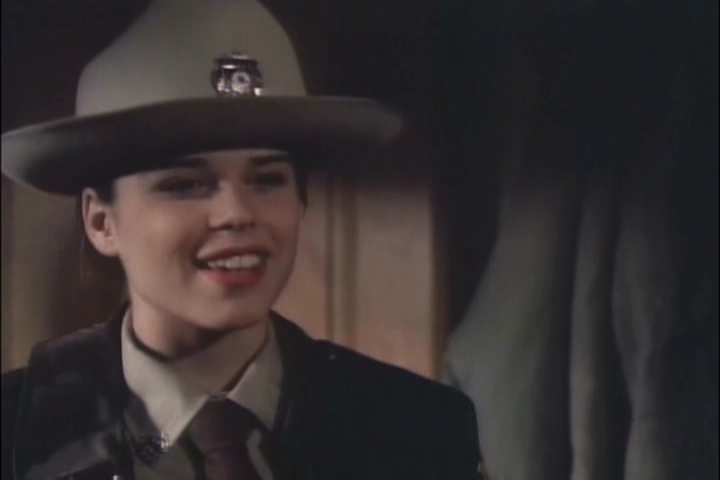 McHattie plays a mysterious lone-wolf type of character with the nickname "Hunter". And for good reason. He's an Ahab-like scientist who's hunting a giant rat that lives beneath a cemetery. And I don't mean a giant rat as in the size of a dog. I mean a giant rat as in the size of a large truck. It should be said, McHattie's character isn't hunting it for sport or to avenge one of its victims. Instead, he wants to study its DNA because he thinks the creature's genetics contain important information that could lead to a medical breakthrough in regards to recovery and treating various ailments. His mission has proven to be very difficult for a number of reasons, not the least of which is a rogue police officer (played by Brion James) who wants to kill the ever-loving shit out of it. 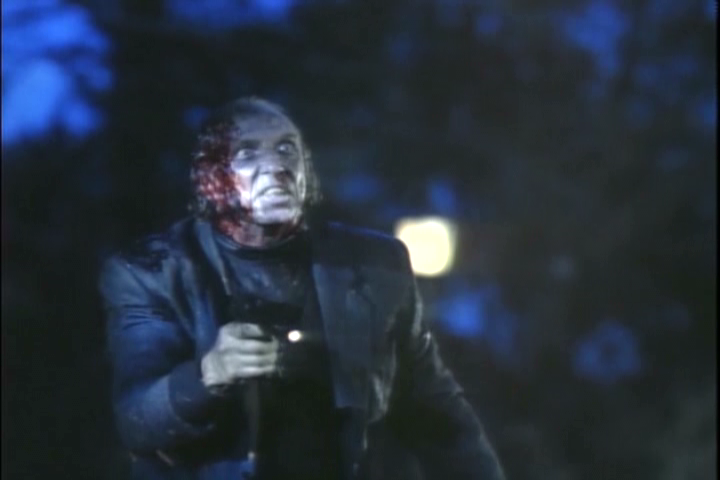 Hunter is established as a bad-ass during one of those cliche scenes where someone is sitting in a diner and minding their own business until they're pushed to kick someone's ass. Specifically, Hunter comes to the defense of a flirtatious waitress who's on the receiving end of some verbal abuse from a belligerent customer. Needless to say, a romance ensues. The inclusion of this female character wasn't really necessary, but I suppose it allows for a different side of its brooding lead character to be shown. We're also introduced to a couple of the aforementioned cemetery's caretakers. Through this grave-digging duo, it's established that there are some unusual things going on at the cemetery, like the discovery of underground tunnels and disappearing tombstones. One can only speculate what's causing it, so they come to the conclusion that there are radioactive mutant gophers to blame for the graveyard's damage. Turns out they aren't too far off with their hypothesis. 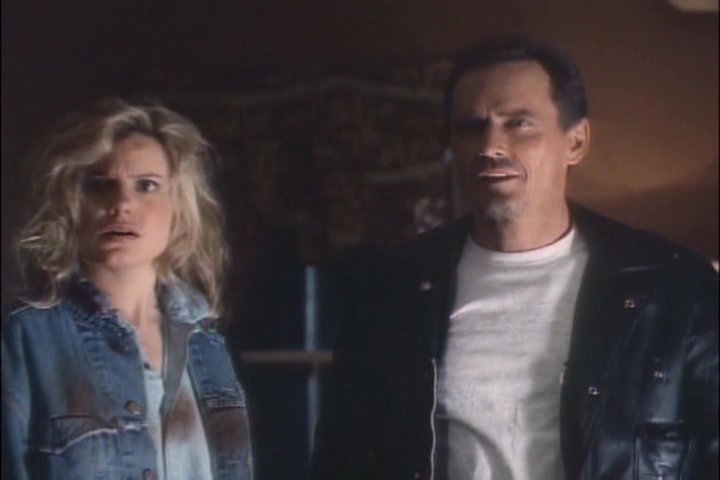 THE DARK eventually builds to a scenario where all of the characters I mentioned (including a couple of cops, one of whom is played by Neve Campbell) are holed up at a house near the cemetery while the creature runs amok. And, of course, just when McHattie's character is on the verge of making some progress and realizing his goal, the rogue cop (who already has a history with Hunter) comes into the picture and complicates things. 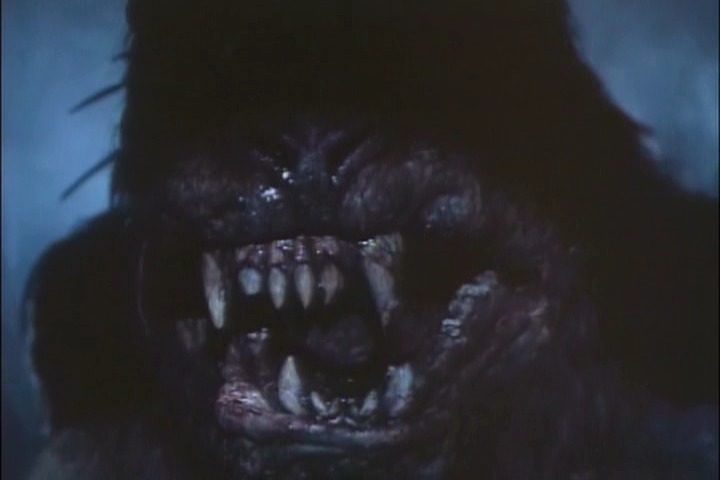 THE DARK has some moments of effective atmosphere, but, for the most part, it's pretty boring. There's a whole lot of talking and the creature is barely seen until the back end of the movie. It got to the point where I didn't really care if they caught the creature or not. I just wanted it to be over. And the story itself isn't very interesting. The creature is basically just minding its own business beneath the grounds of the cemetery, occasionally eating the corpses that are already buried there and not preying on any living people. So, why should we care when there are all of these characters poking proverbial sticks at it, regardless of their intentions? To be fair, though, there's sort of a swerve that sets up the creature as this misunderstood monster who you can sympathize with. As far as the creature, it looks pretty cool once we get to see more of it towards the end. The design and scale of it are quite impressive, with the only drawback of its presentation being that it moves with the grace of a bulldozer.