Considering how bat-shit crazy this movie is, I don't even know where to start with this review. It's like the CRANK of teen slasher movies, or the hyperactive, helmet-wearing little brother of any given Kevin Williamson-scripted horror movie of the late 90s and beyond. In fact, if Neveldine and Taylor ever decided to make a horror movie, it would probably resemble something like DETENTION. Instead, former music video director Joseph Kahn is the one steering this ship into a tidal wave of equal parts nostalgia, insanity, and sensory overload. What starts out as a comedic teen slasher eventually gets into time travel, parallel universes, and alien abductions. There's even a character who's established as being part human and part fly for some inexplicable reason. Yeah, DETENTION is 90-something minutes of madness moving at 90-something mph. 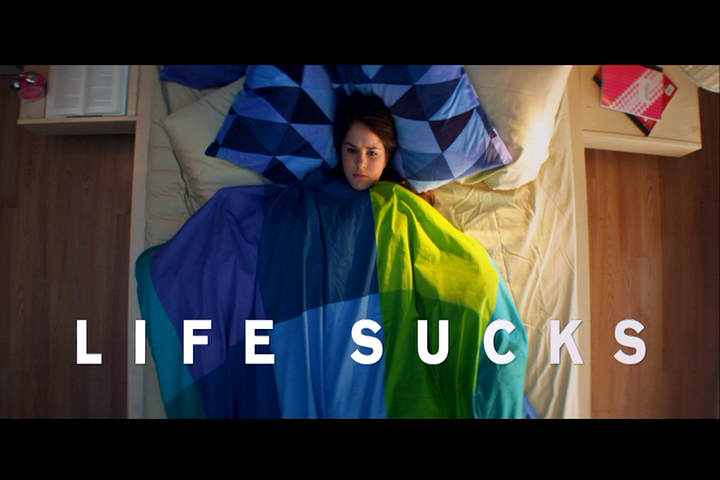 Lead character Riley is a pessimistic teenage girl with a proverbial black cloud constantly hovering over her. She's almost too pathetic to be likable. While attempting to commit suicide at school (or at least using the suicide attempt as a means of getting attention), she has a confrontation with a masked ax-wielding killer who bears a resemblance to the antagonist in the fictional CINDERHELLA slasher movies that exist in this film's universe. The same universe where high-school apparently starts in the late afternoon, as evidenced by the orange sunlight coming in through all the windows at any given time. 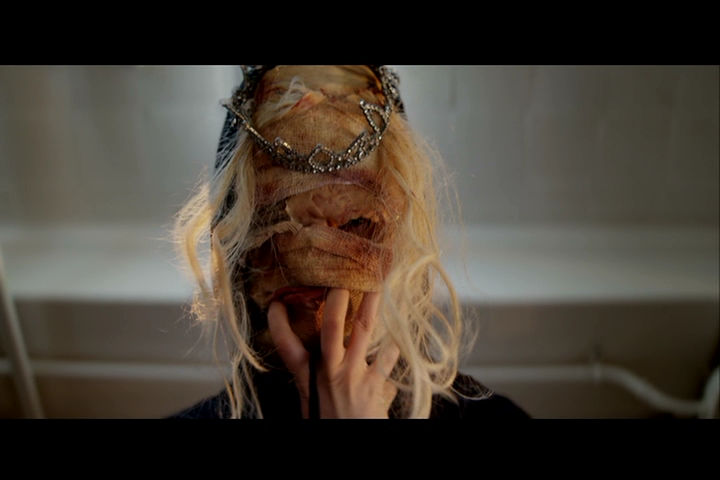 As far as the masked killer, this person strikes throughout the movie and targets Riley's fellow students for whatever reason. This coincides with Riley pursuing the popular slacker, Clapton Davis, who's in the middle of a love triangle himself with the head cheerleader Ione (most likely named after actress Ione Skye) and a volatile jock who likes to smash faces. Following a murder that's considered "high profile" in terms of the victim's role in the school's hierarchy, a large group of characters - including Riley - are thrown in detention by the overbearing Principal (Dane Cook) until the killer is caught. It's there in detention that we're introduced to a new character (about an hour or so into the movie, mind you), who's reminiscent of Donnie Darko and ended up being my favorite person in the film. It's also during this detention section of the film that we get a trip down memory lane that will either make you nostalgic or cringe depending on your fondness of the late 90s and early 00s. 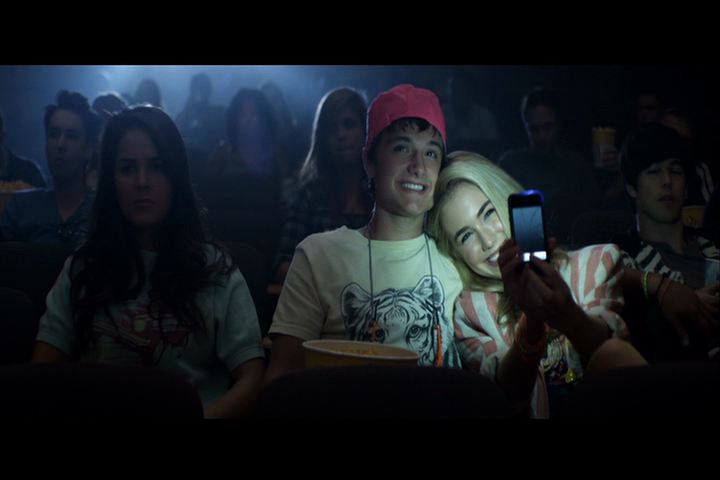 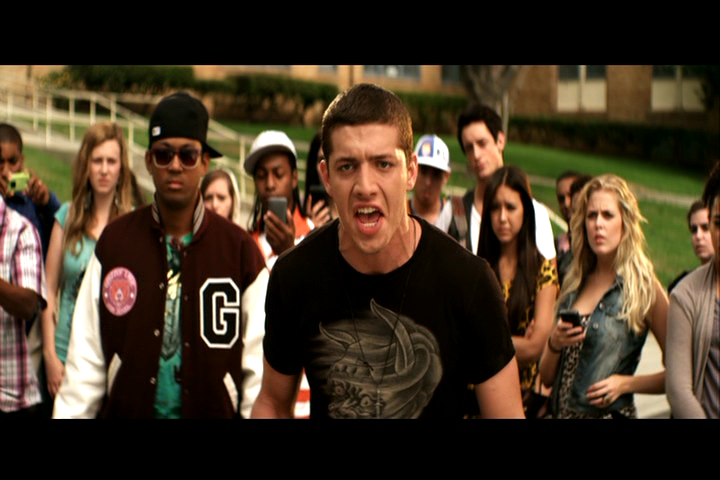 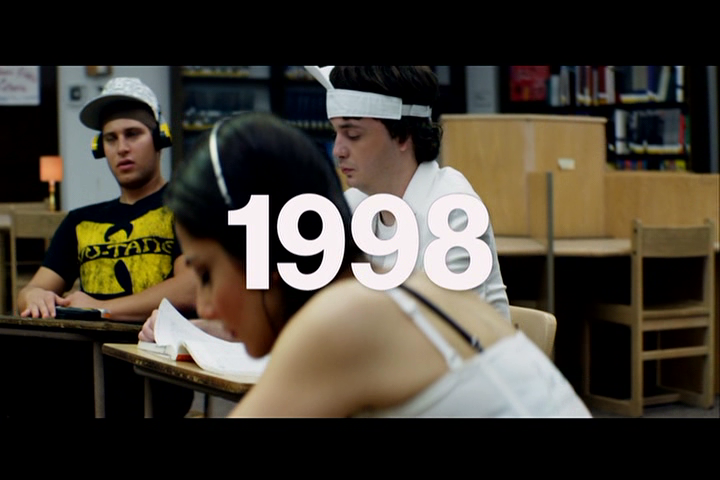 Of course this wouldn't be a proper comedic slasher without a bunch of cute references to other films. John Carpenter's HALLOWEEN is referenced, SCREAM is name-dropped, and director Joseph Kahn's own 2004 film TORQUE is criticized by one of the characters in this. The movie-within-a-movie CINDERHELLA is basically a SAW rip-off with a wise-cracking killer in the vein of Freddy Krueger. It gets to the point where referencing other movies becomes one of the gimmicks of DETENTION, like "How many homages can we throw in?" Aside from what I already mentioned, there are too many other film and pop culture references to get into - some being obvious while others are subtle.

The comedy in DETENTION is hit and miss. At times it's laugh-out-loud funny, and at other times it's cringe-worthy. It feels like it's trying too hard to be quotable and it desperately wants to be an immediate cult movie. However, the effort sort of works to its advantage. The amount of shit that this movie throws at the wall is admirable in a strange way and it's one of the few modern movies I can think of that looks at previous decades (specifically the 80s - 00s) with an equal amount of affection and irony. Personally, I was able to hop aboard the nostalgia train because of how much our culture has seemingly changed in the last 7 or 8 years. The early to mid 2000s alone seems like an entirely different world compared to now, which is something that DETENTION acknowledges. When the smoke and chalk-board dust of DETENTION finally cleared, underneath all of the craziness and time travel and fly-people, it felt like more of a love letter to decades past than anything. Oh, and the soundtrack is pretty amazing too. I pretty much wrote this movie off when I originally tried to watch it a couple of years ago and couldn't finish it. I'm glad I gave it a second chance. It's pretty mind-blowing.