Directed by Kelly Fitzgerald. Not Rated.

MUTANTIS is sort of a Troma-esque comedic tribute to the type of old-school monster movies you'd see featured on Mystery Science Theater 3000. And, like a lot of those monster movies, the eponymous creature in this one has somewhat of an ecological origin, albeit mixed with some drunken Native American folklore and an incestuous backwoods back-story. Yeah, I dunno. As far as the plot, a former professor and current "freelance intellectual" who refers to himself as Father Joy (inexplicably played by two different actors) takes his son (played by a woman), step-daughter, and their female friend (played by a man) on a trip out into the wilderness to camp, but he has ulterior motives: to find and capture the mythical creature known as Mutantis. 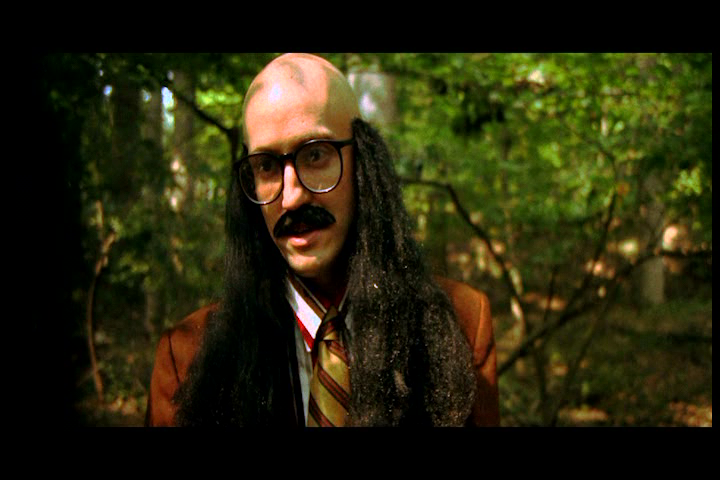 MUTANTIS is clearly a very low-budget indie film, as evidenced by a number of things - namely the look of the creature and the terrible wigs and fake facial hair. Even characters who wouldn't need wigs are wearing them in this movie, as if everyone involved wanted to remain anonymous and not be recognized by their family members who just so happen to stumble across this movie. That's not the reason why so many wigs are incorporated, but it would certainly appear that way at a glance. Director Kelly Fitzgerald and crew obviously wanted to make something as absurd as possible with MUTANTIS, and the deceptively sloppy visual presentation of the actors and the characters is seemingly part of the comedy, as is the fact that the entire movie is dubbed by voice actors who sound drunk, sleep-deprived, etc. 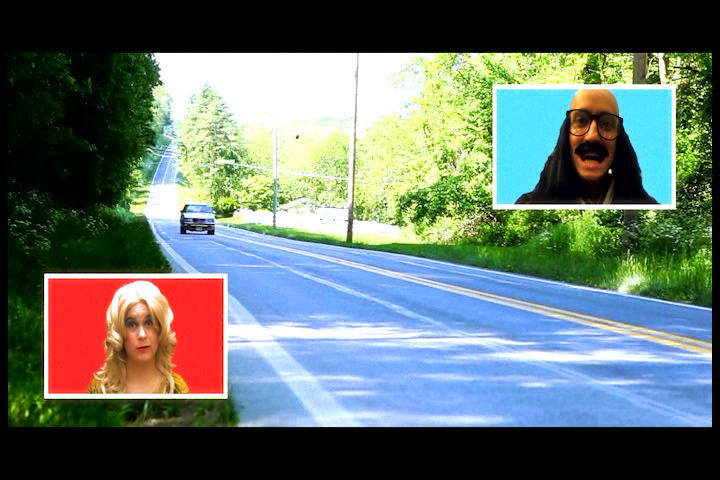 Despite the overall presentation reeking of zero budget, MUTANTIS ends up being a somewhat stylish film with a lot of saturated and vibrant colors. There also appeared to be some work done in post-production to give it the appearance of being an unearthed Grindhouse type of movie from the 70s. Occasionally the film is a success in that respect, with parts of the film genuinely appearing to be shot on Super 8mm film and the like. Some of the film's visual highlights come during a hallucination sequence when one of the characters smokes pot and sees visions of Satan. The manufactured Exploitation aesthetic can be hit or miss when it comes to neo-Grindhouse movies, but it mostly works in the case of MUTANTIS. 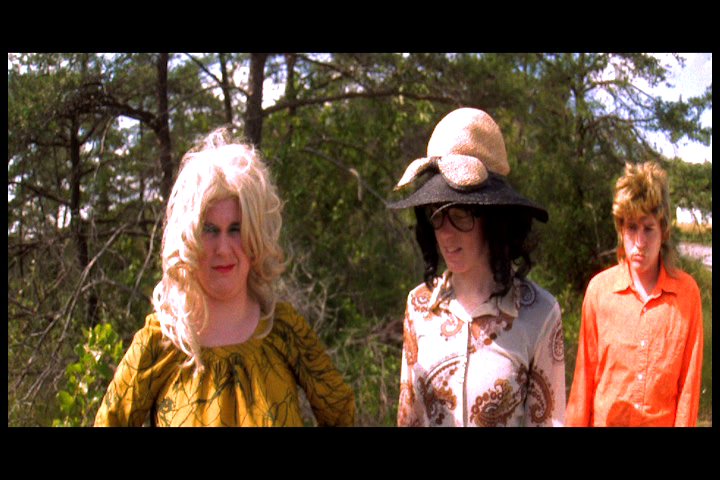 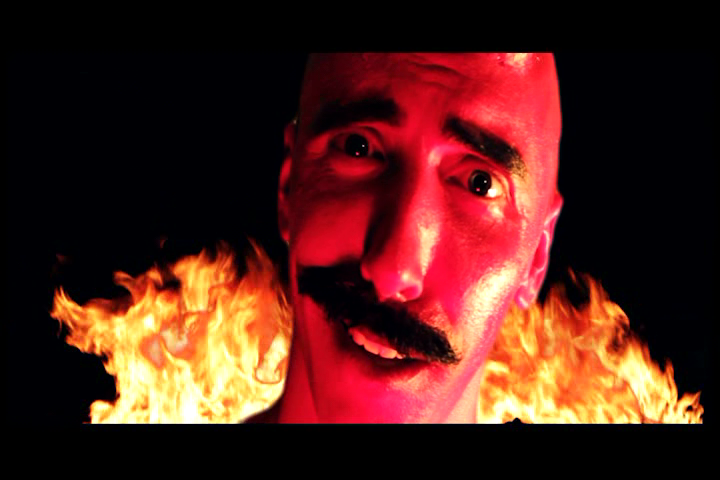 Story-wise, what made the film hard to follow for me were the shit-load of characters who are introduced - not just early on but throughout the entire movie. The film throws a lot at you in terms of the numerous characters, their intentions, the social and political outlooks, etc. With most of the supporting characters, it's like "Wait.. what?" So yeah, it does get a tad confusing in that department, which ultimately messes with the pacing of the film at times.

Mutantis itself is a clawed, bird-like creature who appears to be a hermaphrodite. And yes, its sex does play an important part in the film, especially the final act. It has what appears to be a vagina, but its penis protrudes from it when it becomes aroused. Speaking of which, Mutantis is quite the rapey monster. As far as the gore effects and whatnot, it's more along the lines of Green Jello than Gwar if that makes any sense. In other words, very amateur-looking - even by indie, DIY standards. Generally speaking, the effects are not good at all, but for a movie like this it's perfect. 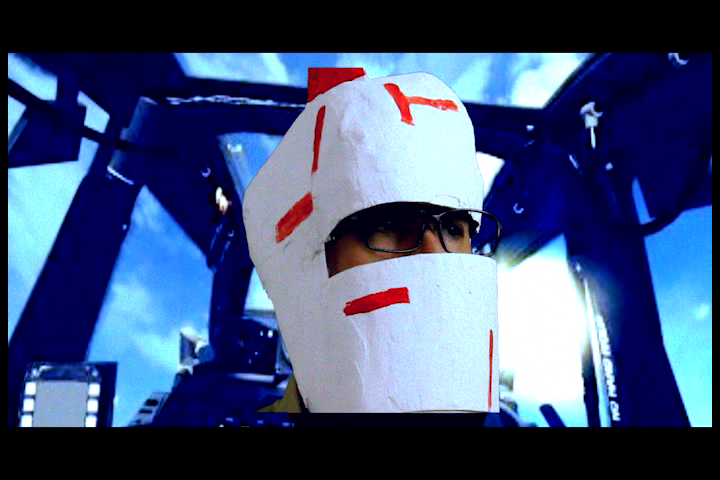 Whether you can get on board with the overall look and style of the film is one thing, but the humor itself will really depend on the viewer's tastes and mindset. A lot of the comedy comes from the tone of the film and how purposely(?) inept it is from a technical standpoint, so the humor might go over a lot of peoples' heads. As for me, I understood what they were going for with this, but the comedy got old after a while. Had there been more gags and actual jokes in the vein of a traditional parody, I personally would've found it to be more amusing than I ultimately did. If you're bored and wanna throw something on, perhaps MUTANTIS is not the movie you'd wanna reach for, but if you're in a group setting and the booze is flowing, this would be ideal.

Also, shout-out to director Kelly Fitzgerald, who gave me a screener at Days of the Dead in L.A. Here we are pictured together with Mutantis! 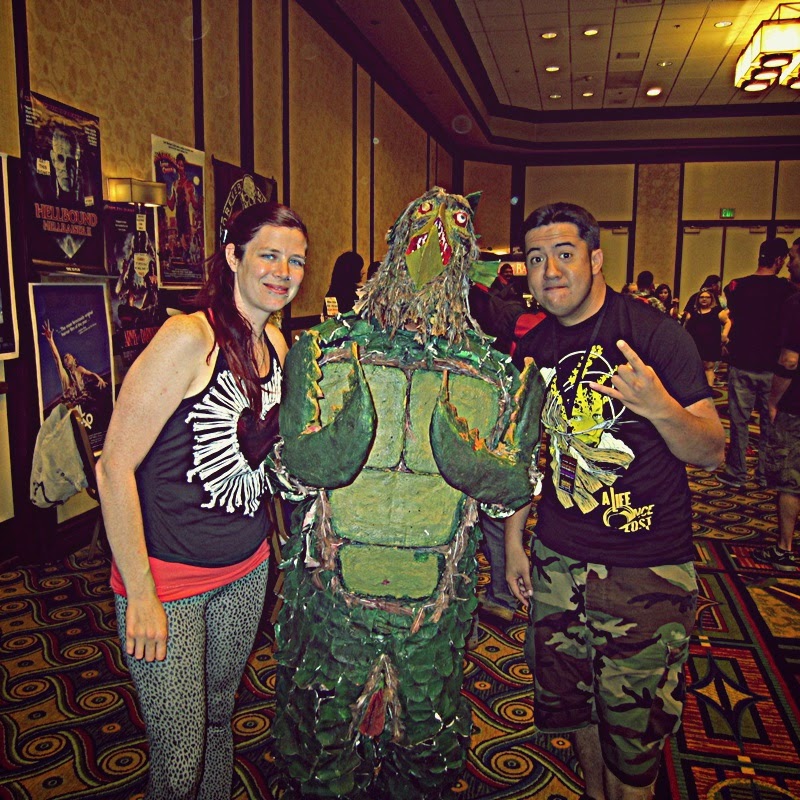