Set in 1994, HIGHWAY sees the mulleted "God of Fuck" Jack Hayes and his stoner best friend, Pilot Kelson, flee their hometown of Las Vegas when Jack is caught having an affair with the wife of a local thug. Naturally and for seemingly no reason in particular, they head to the slacker capital of the United States at the time: Seattle, Washington. Their trip coincides with the suicide of Grunge icon and Seattle native Kurt Cobain, and as the aforementioned thug's henchmen hit the road in search of Jack and Pilot, the bumbling duo stop at a whore house, score drugs from an eccentric dealer, pick up a mysterious no-bullshit young woman named Cassie, and visit a freakshow attraction in a sleepy California town. Along the way, the friends come to certain realizations about where they're at in their lives and may or may not be torn apart by a conflict of priorities. 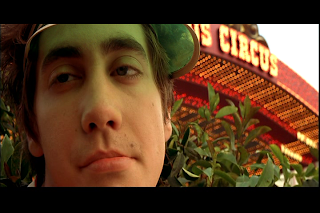 It's appropriate that HIGHWAY is set in the 90's because it very much feels like a leftover film from a decade that glorified and romanticized the life of a slacker. You could look at the film as either: one that came a few years too late, or as a "period film" that serves as a love letter to the Grunge era and pays homage to the films of Richard Linklater and the like. Whatever the case, HIGHWAY is an entertaining road movie with colorful characters and an appropriate white trash aesthetic. 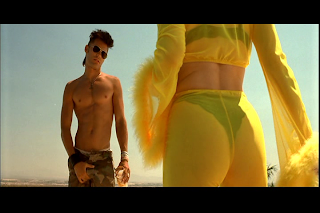 One of the things that - no pun intended - drives the film is the friendship of Jack and Pilot and how interesting they are as characters. Not that there's anything deep about these guys, but they're written well and their unpredictable behavior makes them something to behold. Jack is the alpha male and the type of person who's way too pretty for his own good, whereas the ironically named Pilot is the sidekick but the one who keeps Jack in line as well. Pilot is also the one with the common sense and street smarts to get them to where they need to go. The chemistry between Jared Leto and Jake Gyllenhaal (two actors who I'm not particularly crazy about) is great as well, as you mostly get the feeling that they've been buddies their entire lives. 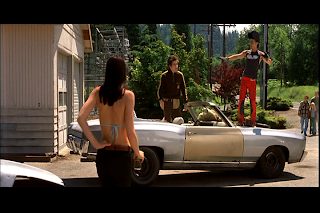 HIGHWAY is also interesting in that it's sort of a backwards road movie; most people normally go to Las Vegas rather than run away from it. As far as Selma Blair's character, she's just kinda there and, initially, isn't a pivotal character who drastically affects the choices of either Jack or Pilot, but she eventually does play a part in the overall outcome. I like Selma Blair a lot, but unfortunately she didn't really add much to this film. On the other hand, John C. McGinley almost steals the show as an old hippie named Johnny the Fox, partly because of his performance and partly because of the great dialogue he's given. 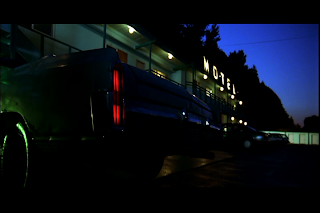 There's not much of a plot in HIGHWAY since it's mostly a character-driven film, which isn't really a complaint. The weakest area of the film in my opinion is the pacing, and even that's perfectly fine despite the film dragging in certain spots. Otherwise, it ranges from good to great in various areas, with the highlights for me being the characters, the chemistry between the two leads, and the aesthetic. There's also get a Stoner Rock soundtrack with songs from the likes of Queens of the Stone Age and Fu Manchu if you're into that. Pretty solid and very entertaining overall.