GARAGE DAYS isn't the type of movie I'd normally review; it's a straight-up comedy about a struggling rock band who have the odds stacked against them in many ways. But, it has two things going for it: it's directed by Alex Proyas and it's Australian. Everyone knows I love me some Australia, and the fact that this bright, colorful movie is directed by Alex Proyas is not only strange, but it gives the film some street cred. This is the same man who directed THE CROW, and GARAGE DAYS is the movie he made in between DARK CITY and I, ROBOT. Interesting career he's had if you go back and look at his filmography, but seeing as he's done some music videos in the past, I guess this particular film shouldn't be too much of a surprise. 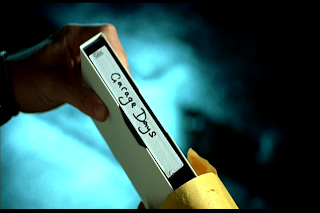 The band in the film is interesting for a couple of reasons. I would love to tell you what genre of music they play, but one of the film's gimmicks is that you never see them perform any songs. That and they don't have a name. They're your basic struggling rock band though. Big dreams, but they can't draw any attention if their lives depended on it. According the vocalist and lead character Freddy (and keeping in mind that this takes place ten years ago), the live music scene isn't what it used to be because of the outbreak of slot machines (no one wants to go to shows if they're stuck in front of a slot machine for hours on end) and also because of the popularity of electronic music and how DJs were getting the good gigs at various clubs and pubs (it's cheaper to pay one person as opposed to four or five). 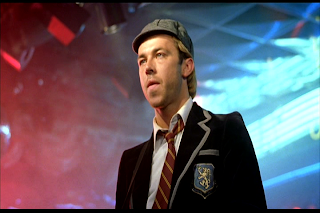 As you'll see if you watch this film, the dying live music scene is the least of the band's worries and obstacles. Their manager, Bruno, is a bonehead. A lovable bonehead, but a bonehead nonetheless. And aside from the band members' little quirks preventing them from taking the band as seriously as they should (the drummer is into hallucinogenic drugs and the guitarist has a morbid imagination and has a suicide obsession), there's a ton of relationship drama going on. Certain members of the band are dating each other (the bassist is a chick mind you) and cheating on each other with various people. At one point there's a pregnancy, and the topic of abortion is something that surprisingly becomes a key plot point. Things take a turn for the better when Freddy has an opportunity to showcase the band to a successful manager (Marton Csokas) who works with Sydney's biggest rock band, and so it becomes a matter of whether or not the band can pull their shit together and make it happen. Shenanigans ensue to say the least. 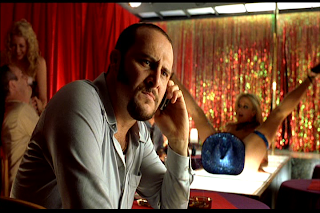 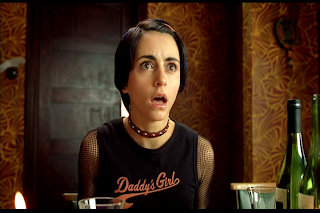 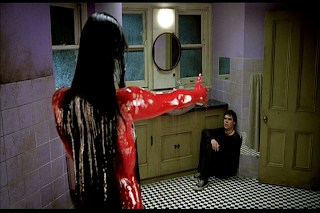 Something that could possibly make or break this movie for some people is how bright it is in more ways than one. First of all, everyone's way too happy. Not that there's anything wrong with that; I mean, this is a comedy after all, but the cheery tone is an odd contrast to some of the subject matter that the film tackles, like abortion and drug-use. It's also bright in the literal sense in that it's a very colorful film and it looks like a sitcom because of the ridiculous amount of lighting that's used throughout. In fact, it actually feels like a sitcom, too, because of certain music cues and little four-second music video-style segues in place of where a commercial would be. I expected a laugh track to kick in at certain points because of the overwhelming sitcom feel. Not to jump ahead, but GARAGE DAYS even closes with a feel-good Bollywood type of sequence, but I'll just leave it at that.

To get into the characters would be making this review longer than it needs to be. There are a little less than ten characters that play an important part in the story, but they're used well, and the little plot threads amidst the bigger picture of the band trying to get their big break helps with the pacing, and it keeps things interesting in areas where it would otherwise probably drag or make way for some downtime. For me, the characters were a highlight of GARAGE DAYS. There isn't an unlikable person in the bunch (not even in a "they're supposed to be funny but they're really obnoxious and annoying" kind of way), and I found myself genuinely pulling for them to overcome their various internal struggles and personal conflicts. 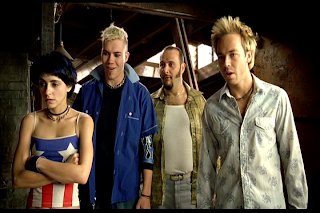 As much as I love the characters in GARAGE DAYS, the one thing that makes this film is the amazing soundtrack. While it's not actually the case, it feels like there's constantly music playing as you watch the movie. And we're talking songs from the likes of The Cure, AC/DC, Violent Femmes, Joey Ramone, David Bowie, and Rick James just to name a few. Regardless of whether or not you like music by those artists, the fact that the filmmakers acquired the rights to all of these songs for such a small movie is quite the accomplishment. Visually, GARAGE DAYS has aged well too. Despite being immersed in the music scene and taking place a decade ago, the film doesn't feel very dated apart from some of the fashion choices. All of that aside, this is a comedy, and the visuals and music don't mean anything if the movie isn't funny. 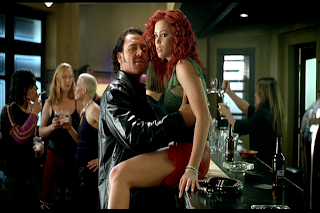 The thing about GARAGE DAYS is that it's not a movie full of memorable comedic sequences that beg for repeat viewings, but it's funny enough and it successfully maintains a comedic tone in spite of some of the cheesy romantic elements and other non-comedic situations. I can't speak for everyone else, obviously, but for me it's not a comedy that I'll be revisiting on a regular basis. However, it's a great one-watch type of movie that's consistently entertaining. It also has one of the funniest acid trip sequences I've ever seen, as well as one of the most mind-blowingly beautiful (unnatural) redheads I have ever laid eyes on (I have a thing for redheads). If I have one complaint about GARAGE DAYS, it's a certain reveal that's made towards the end of the movie. As I said earlier, one of the film's gimmicks is that you never see the band play any music, and when you do the sound is obscured by something. Well, they finally do play a song at the end of the movie and, well, it's not very good. I felt it was an unnecessary reveal that tainted my image of the band in ways that I don't necessarily need to get into. Other than that, GARAGE DAYS is a good time and it's a movie that's sure to appeal to music lovers or anyone who's been in a band, or at least has aspired to be in one.