In the 80s, Talking Heads were the kings of unusual and enigmatic pop music. It’s hard to explain why they’re so damn good. They took an artistic approach to punk and then mashed it all up into inexplicable chart-topping success. In 1984, director Jonathan Demme (The Silence of the Lambs, Something Wild) brought their unusual live show to the big screen. As the years go by, this excellent concert film ages very, very well. Some of the seams show as this was obviously recorded over several nights and the editor has to pull more than a few tricks to make it into a cohesive whole. 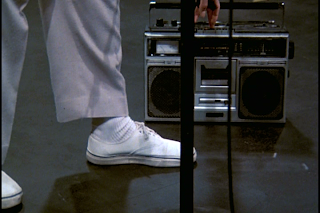 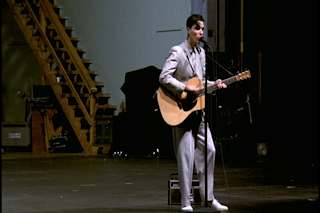 The first thing this concert film does is demonstrate just how important each member of the band is. After David Byrne dominates the stage with nothing more than a cheesy drum machine and an acoustic guitar on “Psycho Killer”, each member of the band is introduced one by one playing their instruments. Tina Weymouth comes out with her bass during “Heaven” and plays flawlessly, of course. The next member to enter the stage is drummer Chris Frantz on “Thank You For Sending Me An Angel”. This guy is just incredible. Last but not least, guitarist/keyboardist Jerry Harrison (originally of The Modern Lovers) comes out on “Found A Job”.

Once the core band is on stage, you’re pretty much hooked. More musicians enter the stage on “Slippery People”. Things really start cooking once the band launches into an up tempo version of “Burning Down The House”. It’s getting pretty freakin’ crowded on that stage as percussionists, backup singers, more guitarists, keyboard players, etc. all join in on the insanity. With a jaunty number like “Life During Wartime”, it’s easy to see why this band got so much bigger than their CBGB roots. 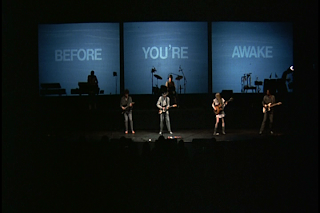 I am not the world’s biggest Talking Heads fan so songs like “Making Flippy Floppy” and “Swamp” just don’t do it for me. They are still awesome to watch in the context of this film. David Byrne drops one of his solo songs, “What A Day That Was”, into the mix and it fits in perfectly. On “This Must Be The Place (Naïve Melody)”, I start getting jealous because damn it, Talking Heads seems like the most fun band in the world to be in. 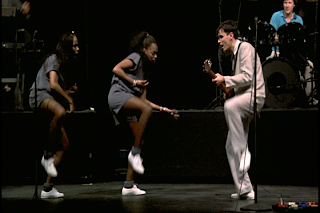 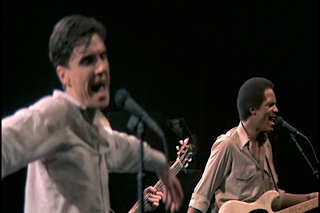 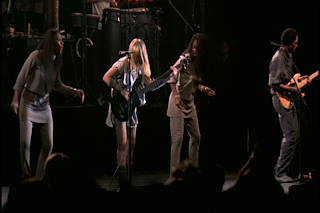 Being the Talking Heads poser that I am, I have to admit that “Once In A Lifetime” is my favorite of their songs and this version is no disappointment. This shit is just epic, y’all. Less epic and more ridiculous is when Tom Tom Club (Weymouth and Frantz’s band) takes over and play their saccharine dance classic “Genius Of Love”. It is impossible to deny how great (and insanely cheesy) they are. On “Girlfriend Is Better”, David Byrne struts out in that damn giant suit everyone remembers. Is it a good gimmick? Maybe. Is it obnoxious? Yes. 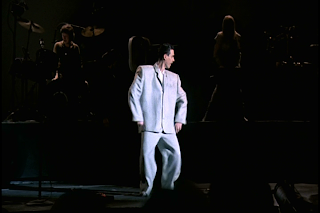 As the film draws to a close, the band performs “Take Me To The River” (originally by Al Green) and it is impossible to deny Talking Heads’ incredible, albeit off beat, showmanship. The last song of the concert is “Crosseyed And Painless” and what a way to go out. If I had to pick a second favorite Talking Heads song, then that would be it. The house lights go up and we get to see the audience grooving to the music. And who could blame them? This is just one of those moments that goes to show you that even the most pretentious band can move an audience without a trace of cynicism and irony if they just friggin’ rock. So, if you dig concert films, you have to check this film out. If you dig Talking Heads even just a little… ditto.

Doomed Moviethon - Cinema Somnambulist - Hello! This is the Doomed Show