A bunch of city folk head out to the country to comfort their friend Sam during a rough time in her life. Sam usually takes a trip out to a specific lake where she grew up once a year, but in this case it's a time for her to reflect on the past and come to terms with someone close to her passing away. The group of friends - who range from a homosexual to a token black guy - are soon joined by Sam's old friend Jesse, who comes across as a bit mysterious and and somewhat aloof. An old urban legend of a disturbed boy (and resident of the aforementioned lake) who murdered his entire family and later escaped from a mental institution is eventually brought to light, but when the group of friends get bored and set foot on the site of the murders, they get a little more than they expected. 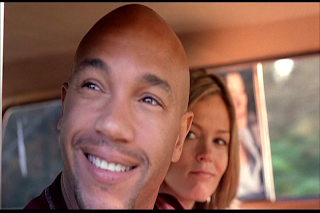 I went into SAM'S LAKE with very low expectations, so I probably won't be as harsh on it as I normally would a film of its quality. Eh, who am I kidding? Right from the beginning, SAM'S LAKE proves to be very cliche and uninspired with an opening in the vein of a FRIDAY THE 13TH film or CABIN FEVER, in which a group of friends who are out of their comfort zone stop at a convenience store and have a very awkward experience, with locals giving them dirty looks and a "Crazy Ralph" character essentially foretelling their doom. 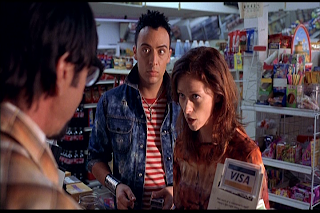 When the urban legend that film revolves around is established, it becomes very obvious that there will be a plot twist. Even Stevie Wonder can see where this story is going. Strangely, the twist comes at around the half-way point of the film, and from there it just turns into what this film should've been in the first place: a horror movie. For a while, I didn't know if I was watching a soap opera or a horror film. Most of the film consists of a lot of character development and interactions between the stereotypical characters, and there's hardly a pay-off to be found. And then it's like the director, or whoever, suddenly remembered "Hey, this is supposed to be a horror movie. Let's make up for lost time and kill some people!" Unfortunately, the film barely even gets that part right; the slasher pay-offs in this are forgettable. On the bright side, the film succeeds at building some tension when it needs to, resulting in a few moments here and there that some would consider to be "scary". 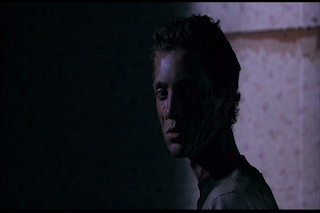 As I've alluded to throughout this review, SAM'S LAKE is a very familiar movie that doesn't particularly stand out in any way. According to director Andrew Christopher Erin, this is a personal film for film that's loosely based on his experience growing up near a lake and hearing a similar type of legend that evolved into a scary campfire tale. OK. I understand him wanting to take something that legitimately scared him as he grew up and wanting to put it to film, but the whole cabin-in-the-woods, lakeside slasher thing had already been done to death back when he made this in the mid-2000s. If you're gonna tread those waters, it would be wise to bring something new to the table. 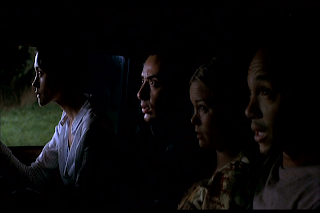 As it is, SAM'S LAKE is a very average film that doesn't quite succeed as a horror movie. To the film's credit, there's some good character development for the most part (as there should be since it takes up a lot of the running time) and Erin at least put forth a decent effort at trying to swerve the viewer, but the twist (and the set-up to the twist) isn't very inspired, and I personally found it to be a struggle to even care about the characters when they were in peril. Overall, not terrible but certainly not worth going out of your way to see either.