I first saw DEAD MAN'S SHOES back in about 2005 or 2006 and remember being really disappointed by it, and this was entirely due to the film's advertising. It was being reviewed on horror sites like Bloody Disgusting and essentially promoted as a slasher movie because of an emphasis that was being put on the lead character's appearance, when in fact it's not even close to being a horror movie. Lead character Richard, on two or three occasions in the film (and for brief periods of time), wears a boiler suit and a gas mask, and so whoever worked on the promotion and marketing of the film went wild with this, resulting in DVD covers and posters that feature a sinister character who bears a striking resemblance to the killer from MY BLOODY VALENTINE. What's even more fucked up is that it's not even the right gas mask!

In the last few months I've become a huge fan of Paddy Considine. He's been around and doing his thing for a while, but our paths just never crossed for whatever reason. It was during my Jason Statham marathon that I saw Paddy in BLITZ, which I thoroughly enjoyed, and then I saw him in the gorgeous MY SUMMER OF LOVE, in which he gives an absolutely stellar and frightening performance as a recovering alcoholic with a dark past. While going back and looking through his films, I was reminded that he both played the lead in and wrote DEAD MAN'S SHOES and thought I'd give it another shot based on his presence in it. 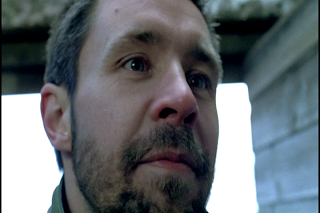 The film, which has a slight cinema verite look about it, follows brothers Richard (Considine) and Anthony (Toby Kebbell from Guy Ritchie's ROCKNROLLA) as they lead an unusual existence. It appears they're homeless, but you're not really sure how they ended up that way and you don't know a lot about them in general. One of the first times we see Richard, he's intimidating the shit out of some small-time drug dealer, but he does so in a weird way that I can't really explain. Even weirder is the fact that Richard quickly changes his tune and apologizes. The drug dealer has no idea who the fuck this guy is, so he's understandably spooked and proceeds to tell his buddies and fellow drug dealers about it sooner than later. 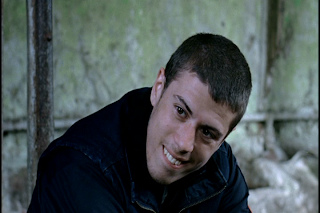 Once it's established that these bumbling supporting characters are involved in a drug operation, it's revealed that they work for a rather eccentric guy named Sonny, and flashback scenes show that Richard's younger mentally-disabled brother Anthony was once associated with the drug dealers; not in the sense that he worked for them, but he followed them around and hung out with them, too dumb and oblivious to realize that they were criminals. When you first see Richard, you know right away that he's a military veteran because of the jacket he wears, and also because of his demeanor and the fact that he seems to have a few screws loose, which is suggestive of a premature discharge from the military due to mental problems. Long story short, the drug dealers did something to Anthony so awful, apparently, that it drives Richard to terrorize the drug dealers in rather bizarre ways that almost come across as inappropriately playful.

DEAD MAN'S SHOES, aside from being an extremely well-done and beautifully-shot little indie film, features an intense and scary performance from Paddy Considine. One of the things I love about his character is that he's a bold motherfucker. No evidence of fear whatsoever, which is especially evident during one of my favorite scenes, where Richard finds himself face to face with Sonny for the first time. During this verbal altercation, Richard stands there with his chin up, hands behind his back, and wearing an amused facial expression on his face. Richard is clearly psychotic, but Paddy portrays this with subtlety. The performances are great all around, and I actually found the heels to be surprisingly likable as well, which is rarely the case with these sorts of films. 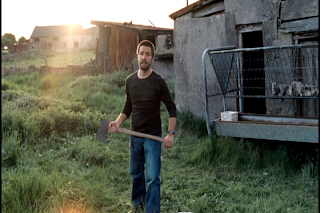 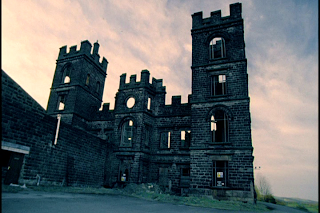 One of the keys to victory with DEAD MAN'S SHOES is how it juxtaposes brutality with beauty. The film revolves around revenge, it has a psychotic and delusional anti-hero, and in general it has a tendency to be quite gritty, but it takes place in a beautiful rural setting and features an acoustic, folky singer-songwriter soundtrack. And, even though the film sets up the revenge angle very early on, there's still an element of mystery to the proceedings that pays off with a sucker-punch of a twist ending.