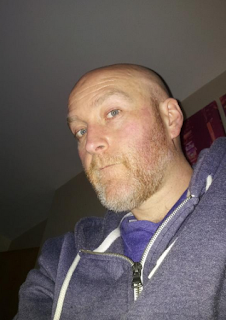 1. Who are you and where are you from?
I'm Rich Flannagan, from Stoke-on-Trent, England, boyhood home of Lemmy from Motorhead and Slash from Guns 'n' Roses.

2. Where might people know you from?
I'm a writer and co-editor for videotapeswapshop.co.uk, a site which mainly covers the sleazier side of cinema.

3. When it comes to what you do, who or what are your major influences?
Nigel Maskell, founder of italianfilmreview.com gave me my first reviewing job, and taught me the magic art of writing capsule reviews. In the non-blogging world, David Kerekes from Headpress introduced me to the more outré side of non-popular culture, and Jim Goad, late of Answer Me! showed me that no matter what the subject matter is, there's no excuse for sloppy grammar and punctuation.

4. What four peoples' faces would you put on your own personal Mt. Rushmore?
Rudy Ray Moore, Sergio Leone, Michael Powell and David Lynch. All four have given me an inordinate amount of pleasure over the years. Then again, if we're talking pleasure, fuck it - I'll just have a giant Camille Crimson statue instead.

5. What's the last album you bought?
Discotheque by Enoch Light. Its a sort of Easy Listening album full of cover versions.

6. What are the last movies you saw in theaters and on DVD/Blu-Ray?
Last film in the cinema was Star Trek: Into Darkness, which was a bit of a disappointment. I was expecting a lot more than a rehash of The Wrath of Khan. Khan's awesome mullet was sorely missed, too.

I had a buying frenzy a while back and bought Vampire Girl vs Frankenstein Girl, THX 1138, There Will Be Blood, Dredd 3D and Beat Takeshi's Zatoichi blu rays. All are still sealed as yet. 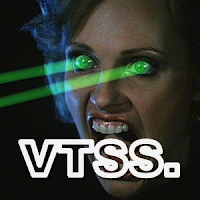 7. What's the last podcast you listened to?
I think it was the Sly With a Blonde episode of Silva and Gold. I'm terrible at listening to podcasts. I download them onto my phone to listen to on the train to work, and totally forget they're there.

8. What's the last video game you played?
The addictive nightmare that is Candy Crush Saga. I've not had a games console for a couple of years, but the last game I played on my Wii was the Commodore 64 classic Paradroid.

9. What's the last book you read?
Offbeat: British Cinema's Curiosities, Obscurities and Forgotten Gems, edited by Julian Upton. I thought I knew a little about British cinema, but there's a good percentage of films in here that I've never heard of. A homo-erotic Western starring Dirk Bogarde and John Mills??!

10. What are your favorite sports teams?
I'd have to say my local football team, Stoke City.

11. What cartoon or comic book character can you relate to the most?
Homer Simpson, due to my crappy job, expanding waistline, addiction to TV, annoying kids, etc! 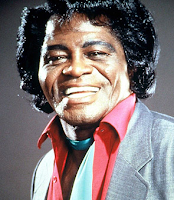 13. If you could spend the day at an amusement park with one person from the entertainment industry, who would it be and why?
Will Ferrell, as long as he came in character as Mugatu in Zoolander. I just find him hysterically funny, and we could both sport piano key neckties. We both own toy poodles, too.