Set in Australia, FAIR GAME sees an animal rights activist (Cassandra Delaney) stalked and terrorized by a group of kangaroo hunters who infiltrate a wildlife reserve and drive a nasty-looking truck known as "The Beast". The film wastes no time in setting everything up and getting the ball rolling, as Delaney's first encounter with the hunters takes place in a matter of minutes when, for seemingly no reason, she's tailed on a backroad and eventually struck by the hunters in their modified pick-up. Delaney reports the incident to the police, but of course they could care less. Perhaps the cops' reluctance to lend a hand is due to the fact that her passion for helping animals is seen as a nuisance in a town full of rednecks, but it's never outright addressed. From then on, it's a game of cat and mouse as Delaney is relentlessly harassed by the hunters, to the point where it goes too far and she takes matters into her own hands. 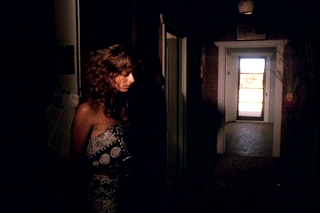 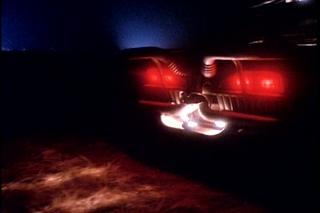 FAIR GAME, in a way, follows the structure of a rape-revenge film; it's like an Australian version of I SPIT ON YOUR GRAVE, except not as gruesome, and the rape is replaced with psychological torment and other forms of abuse. You have the set up, the abuse, the recovery process, and the inevitable payback. The fact that the film jumps into everything right away is great, but at the same time it results in the rest of the film becoming somewhat repetitive, due to there being only so much of Delaney's character being chased around and tortured that they can squeeze into the rest of the film, although it should be noted that the abuse aspect is built up, progressively getting more out of hand as the film moves along.

This is another movie that turned up in the NOT QUITE HOLLYWOOD documentary - its segment being one of the more memorable ones due to the footage of Delaney strapped to the front of the antagonists' truck in a Jesus Christ pose and with her clothes torn to shreds, revealing her bare breasts as the truck basically goes off-roading with Delaney as a hood ornament. This is indeed the standout scene of the film because of how cruel (and amazing) it comes across as. As for the actual truck, its strange modifications (and the fact that it literally roars like an animal as it's being driven, which is a nice touch) almost makes it another character in the film. However, with its intimidating appearance, it would have been better suited in another film in which the TRUCK was the focus - not the people driving it. As cool as it looks, its appearance serves no purpose in the film. 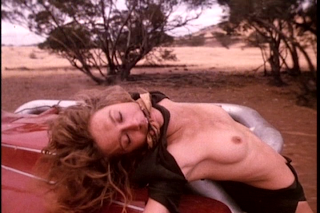 It wouldn't be an Australian genre film without some crazy stunts, right? We get some very impressive stunt sequences in the film, most of which involve the hyperactive runt of the group of antagonists, Ringo. He leaps from one vehicle to another as they're both mobile and moving at a fairly high speed no less. Another scene involves Ringo on the roof of Delaney's shack as it basically crumbles beneath him when one of his cohorts uses the truck to take out some of the beams that support the roof. Speaking of the antagonists, two of the three of them are obnoxious manchildren, but the remaining member - and the group's "leader" - seems pretty normal; even by the time the film ended, I never understood why he would associate himself with the other two, other than their mutual love of killing kangaroos on wildlife reserves I guess. And yes, there are some legit dead kangaroos in this, so if you have a soft spot for animals, you might want to skip this one.

Cassandra Delaney is pretty good in this; not so much because of her acting, but because she obviously partook in what looks like a generally crazy and less-than-glamorous production. She also turns up in NOT QUITE HOLLYWOOD, appearing to have aged incredibly well. As far as her character, if you're the type of person who likes to over-analyze films and interpret things in ways that are different from how they're portrayed on screen, you could see Delaney's character as being representative of the animals she goes out of her way to protect. The thing is, there's no irony in that whatsoever. I guess you could see it as a commentary on nasty ol' animal-killers getting their comeuppance? Who knows. 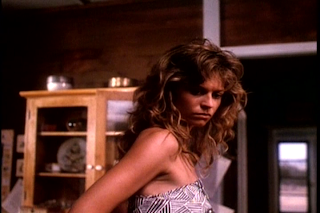 In doing research on Aussie genre films, the most common thing I find about these films is that a lot of them seem to have been ignored when VHS was phased out in favor of DVD. A small percentage of them are widely available (MAD MAX being far and away the most accessible), while the rest of them are either only available outside of North America, only on VHS, or have been given piss poor DVD releases. FAIR GAME falls into the "piss poor DVD release" category. It's obviously in desperate need of a remaster, but it's not unwatchable. The darker scenes look fine, but the outdoor daytime scenes are really bad. There is also rumored to be a 114-minute cut of the film, which was then trimmed down to about 90 minutes and eventually 82 minutes, but I can't find anything regarding the nearly two-hour cut of the film. If anyone out there has any details, let me know in the comments section.

I'm somewhere in the middle with FAIR GAME. At 82 minutes, the film should have breezed by, but it wasn't the case. Like I said, it got to be a bit repetitive in spots, but it still kept my attention, and, for the most part, it managed to be consistently tense despite the awful synth score, which didn't match up with what I assume was the intended mood of the film. Most of the film consists of Delaney either running, hiding, or being attacked by the hunters. Not too exciting, but some of the pay-offs and the set-pieces make it worthwhile. Also, if you're one of those people who pays attention to every little single detail (or if you have a good memory), you'll find the climax much more rewarding than someone who passively watches the film.