STREET LAW is a vigilante film about a working-class citizen, Carlo Antonelli (Franco Nero), who becomes victimized by a group of thugs and later seeks retribution, refusing to be yet another statistic at a time when criminals were going unpunished. After failed attempts at getting the police involved (social commentary alert), Antonelli sets foot on a path to street justice ("I'm going to fucking keel those guys"), with his initial attempts at confronting the criminals seeing disastrous results. What sets STREET LAW apart from other films of its ilk is the meticulous manner in which Nero's character attempts to get payback. While most anti-heroes in these sorts of films are quick to grab a gun and disregard the very law that's failed them, Nero partners up with a wanted thief who acts as the middleman, more or less, between himself and the criminal underworld that he desires to infiltrate. 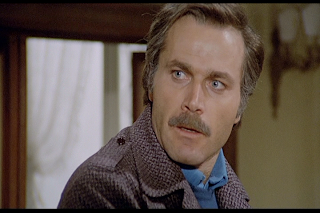 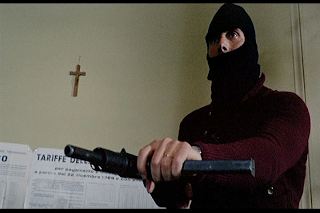 As far as the social commentary which I alluded to earlier, STREET LAW was director Castellari's response to a mutual frustration he shared with Italy's citizens regarding the lackluster judicial system. Apparently there were numerous cases of the guilty being protected while the victims were neglected in some form or another. In that context, Antonelli represents the everyman who acts as a superhero of the streets rather than someone who seeks bloodshed for selfish reasons; except in Antonelli's case, a superhero who repeatedly tries to fly but ends up falling in a dumpster and having the lid crash down on him.

While the teaming of Antonelli with a criminal results in an amusing odd-couple relationship, the focus of their partnership drags the story out longer than it needs to be. Frankly, I wanted more of the good shit. Castellari teases you with a strong opening (impressive scenes of violence, reckless car chases, and dangerous-looking stuntwork) before having that aspect of the film take a backseat for a majority of the running time in favor of storytelling and plot development. Not that I consider storytelling a bad thing, but in this film's case it seems to go in circles at one point rather than progressing, but maybe that's just me. Regardless, the focus on Antonelli trying to manipulate his would-be partner in the second act of the film becomes somewhat tedious.

STREET LAW is a noteworthy Eurocrime film for a few reasons. For one, the fact that it came out the same year as DEATH WISH prevents it from being lumped into the long list of films that attempted to cash in on the quintessential Charles Bronson revenge flick. Director William Lustig (MANIAC) has also apparently stated that this film was his inspiration for VIGILANTE. Ironically, STREET LAW was released years later in the UK as the sequel to VIGILANTE.

Perhaps one of the most important elements of the film is its theme song and score, composed by the De Angelis brothers. Nero apparently pushed for them to score the film, and, as a result, asked them to compose something outstanding. The result was "Goodbye, My Friend" - an initially downtempo song that builds to an explosive crescendo of shimmering guitars and distorted, screaming vocals. The song is used to great effect during my favorite scene in the film, which sees Nero running into a massive warehouse (the setting of the film's climactic showdown) as the building's lights simultaneously turn on. The song was recently featured in the film FASTER following the release of Dwayne "The Rock" Johnson's character from prison. 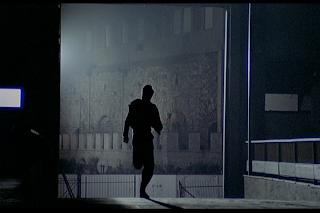 No stranger to Italian exploitation, the lovely Barbara Bach appears in the film as the love interest of Nero's character. One of the recurring conventions, or whatever you wanna call it, in Italian genre films is the physical abuse of women, as dished out by the hero! STREET LAW is no exception. as Bach is on the other end of an obligatory slap courtesy of Franco Nero, but of course she quickly forgives him and all is well. Gotta love those Italian women. 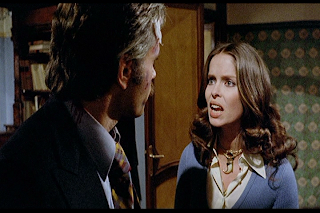 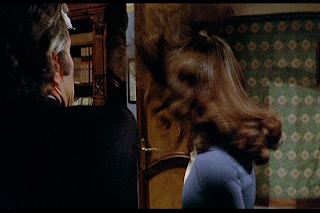 As I mentioned earlier, STREET LAW features some rather impressive scenes of violence. For one, the film contains some of the nastiest squib work I've ever seen. The squibs not only pack a punch and result in miniature body-explosions when people are shot, but one could easily assume that the squibs were also padded with ground beef, seeing as how messy things have a tendency to get. As far as the stunt work, many of the "bumps" taken in the film look legitimately excruciating and utterly risky. Stunt men are clearly hit by vehicles, launched from moving vehicles onto unforgiving surfaces, and in one case a stunt man takes a nasty back-bump off a cliff. On a side note, the opening heist sequence is amazing; the actors who play the hoods come out swingin', abusing anyone and everyone. 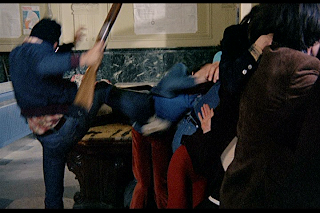 I'm no Eurocrime expert by any means, but I'd go so far as to call this essential viewing when it comes to the genre. On top of the fact that it's one of the more readily-available titles out there thanks to the Eurocrime-friendly Blue Underground, it stars one of the most important faces of the genre and is directed by one of the top filmmakers linked to Italian crime films. Speaking of which, while I wouldn't necessarily call the cinematography exceptional, the actual camera work is pretty great (Castellari knows how to film action). It also features all of the elements and familiar set-pieces you could ever expect from a Eurocrime film (shootouts, car chases, great music, etc). As I watched the film, I honestly got a little bored during the second act for reasons I mentioned earlier, but it opens and closes on very strong notes, and, ultimately, it was a film that I thought fondly of and wanted to watch again when it was all said and done.